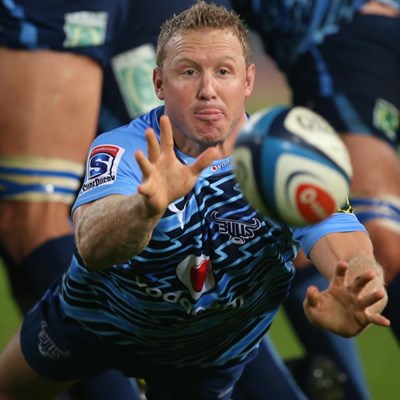 Vermaak played three times for the Springboks earlier this year. He made his Test debut in June against Italy in Durban.

Du Preez became a father shortly before the squad departed from South Africa for the Outgoing Tour. There were concerns over his availability because of injury, but he was passed fit. It was also agreed with his club that he will be released after the Scotland Test.

"Fourie will be sorely missed as he was man of the match in two of the five Tests he played this season," said Springbok coach Heyneke Meyer.

"He really put his body on the line the last fortnight, and we are very fortunate though to replace him with another world class player in Ruan Pienaar.

"It was always part of the plans for Jano to join the team for the France week. He needed game time and had stand-out performances for his club in the last couple of weeks. He has been part of the squad before and knows our plans and systems well. He will be used to the conditions in France and I am looking forward to work with him again."

"I'm very thankful for the opportunity I had to play for the Springboks this year and I really enjoyed my time with the team," said Du Preez,

"I'd like to thank everyone who made it possible, especially SARU, my family and my club.

"It was wonderful to be part of the team this year, to see how well they operate and to work with a group of committed players and management."