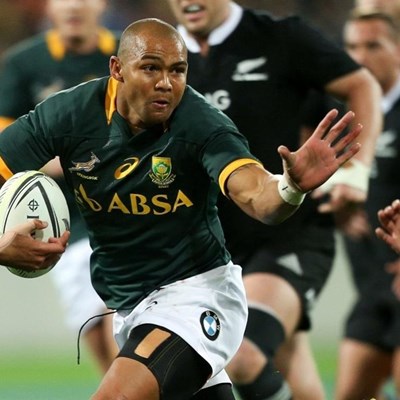 Hendricks arrived in Pretoria on Thursday to undergo a medical assessment with a view of possibly joining the Bulls for their season as a way of restarting his career, after a heart ailment put his future in doubt.

The winger was all smiles as he underwent medical assessments on Thursday and should hopefully know by this weekend whether or not he has found a new home at Loftus Versfeld.

The Springbok is keen to resume his playing career, which all but ended when routine medical tests picked up a heart ailment, and he was released from his Springbok contract in the process.

But then a second medical opinion cleared him, and Hendricks took the opportunity to join French side Toulon, training with them for two months before the club decided not to sign him.

Hendricks passed his medical at the French club but it seemed they did not want to risk playing him and thus decided not to sign him.

On Thursday, Bulls coach Nollis Marais said he hoped that Hendricks would sail through the medicals and that if so, the Bulls would welcome him into their squad for the season.

“Look I was after Cornal for a long time, and he decided to go to the Stormers at that stage,” Marais told supersport.com.

“He has to be medically evaluated but I do rate him highly as a rugby player. I just think at this time we need a guy like Cornal. He is a match winner.”
Marais did state that Travis Ismaiel and Jamba Ulengo, the two incumbent wingers, would start against the Stormers in the first game of the year, with Hendricks being phased in later into the competition if all goes well.
Read more on SuperSport