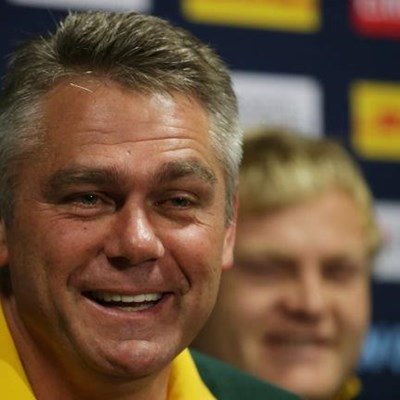 Heyneke Meyer.
NATIONAL NEWS AND VIDEO - The video showing Springbok coach Heyneke Meyer’s reaction to the final whistle has gone viral.
Meyer, who was criticised so heavily after the Japan loss at the start of the Rugby World Cup (RWC), was thrilled as South Africa booked its place in the semi-finals next Saturday. So thrilled he said afterwards “I actually wanted to kiss Fourie”.
Fourie du Preez scored the winning try in the 76th minute (see video at the bottom of this page) after a finely-executed move from the back of an attacking scrum (which he and Duane Vermeulen had planned the week before).

The Boks’ other 18 points came via the boot of Handré Pollard, who kicked five penalty goals and a drop goal.
The Heyneke Manoeuvre! Watch Springbok coach Heyneke Meyer react to final whistle of SA vs Wales in the video below.
Read more on SA People.