Continuity works for the Boks 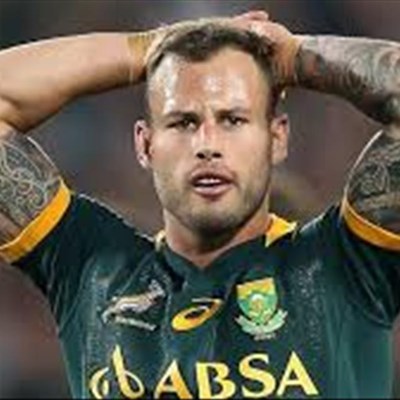 RUGBY NEWS - The fact that the arrival of the overseas contingent only featured as a footnote to the first day of the build-up to the Springboks’ opening Castle Lager Rugby Championship test highlights one area where the national team may be better off than they were before.

Make no mistake, Francois Hougaard’s arrival in Port Elizabeth to join the rest of the Boks in preparing for Saturday’s clash with Argentina was a timely one. The Bok medical staff are starting to sound a bit more positive about Ross Cronje’s chances of playing at the Nelson Mandela Bay Stadium than they were, but it does seem like it is still touch and go.

“If Ross can take contact towards the latter part of the week we will consider him for selection,” said team doctor Konrad van Hagen.

Cronje is an important component in the Bok strategy as he was one of the revelations in the recent test series whitewash of France so it goes without saying that coach Allister Coetzee will be holding thumbs the Lions player, who injured his ribs in the recent Super Rugby final, is ready to play.

However, Hougaard, contracted to English club Worcester Warriors, does provide a boost to the scrumhalf resource base, which looks decidedly thin without him.

Hougaard was part of the Bok camp for the entire French series so there shouldn’t be any problems absorbing him back into the system. It is a far cry from last November, as one example, when the Boks welcomed back as many as five starting players from overseas clubs just five days ahead of their important test match against England at Twickenham.

Coetzee complained about the disruption then, and he had also experienced it at the start of the Championship earlier in the year. The Boks claimed they had made progress during a camp held in Johannesburg before their November tour, but it all seemed a bit pointless when several of their key players weren’t in attendance.

Well that has changed this year, and there is continuity that was lacking before. Perhaps some big names are missed by the fans, but the continuity will be welcomed by the players and coaches.

The fact that the entire squad with the exception of just Hougaard was part of the camp when it gathered in Port Elizabeth last Tuesday means that assistant coach Johan van Graan’s claims of a positive vibe coming through and a good training week have more substance than they would have had he said the same thing a year ago.

“We have a great team spirit and the guys really performed well on the training pitch last week,” said Van Graan.

“This week it’s all about fine-tuning our preparations, focussing on our continual growth as a team and the process that we are busy with.”

Of course team spirit is one aspect that logically can be strengthened by having all players home based, and a lot of ground was made at the training camp that preceded the French series in Plettenberg Bay. That was where the platform for the positive start to the year was built, but the Boks also know that they are just at the start of their turn-around from the disasters of 2016.

A defeat to the Pumas would be a massive setback, and while their series win over the French coupled with Argentina’s indifferent recent form will make the Boks clear favourites on Saturday, Van Graan is perfectly placed to issue a reminder that nothing can be taken for granted. He was part of Heyneke Meyer’s management team that were set back in 2015 by a first ever defeat to the Pumas in Durban, and he hasn’t forgotten the two closely contested matches from last year.

Although the Boks did get home in a close game on South African soil, they lost the away game, and Van Graan is determined that there won’t be a repeat.

“Last year we had two closely contested battles and we expect the same when we play them over the next few weeks,” he said.

“They always have a good scrum, their mauling is a huge threat while their biggest strength is probably at the breakdown. In addition to that, the Pumas have become fantastic ball carriers. So the forward battle will be a huge contest.”