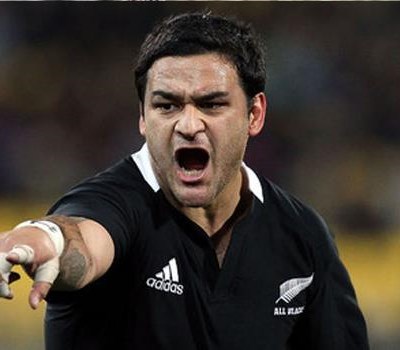 "This was a minor stroke and he is expected to make a full recovery," said Stephen Kara, the doctor for Weepu's Auckland Blues Super 15 side.

"However any stroke is serious for anyone at any age and we must now take the time to fully understand the cause of it and the implications for Piri."

The 30-year-old veteran of 71 Tests had a scan on Monday after complaining of migraine-like symptoms dating back nearly four weeks.

Medical staff considered the stroke to be a non-rugby related condition and Weepu is undergoing testing to determine the cause.

"Having spoken to Auckland City Hospital specialists, we are very confident that Piri's condition is not associated with any injury, in particular, any head injury," Kara said.

"Piri will be out of rugby for a minimum of four weeks while we continue to investigate this condition."

Weepu told Fairfax Media earlier this week that the headaches were more annoying than debilitating.

"I've basically been able to play through them," he said. "During the week sometimes I'd have bad ones and I've just got to lie down and give myself a bit of time off, or just sit down and take a breath, and try to ease up a bit. I'm fine after that."