Gillian Young with her coveted trophies. She is flanked by Theuns Coetzee (chairman Western Cape Bowls) and Rosa Cloete, who presented the trophies.

It's a feather in the cap for Eden Bowls that both the players in the final round were members of George bowling clubs.

At the end of the play-off section, the top four players to go through to the semi-finals were Young (Eden), Dumzela (Eden), Jason Fouché (Western Province) and Deighton Johannes (Boland). Up to this stage neither Young or Dumzela had lost a game. 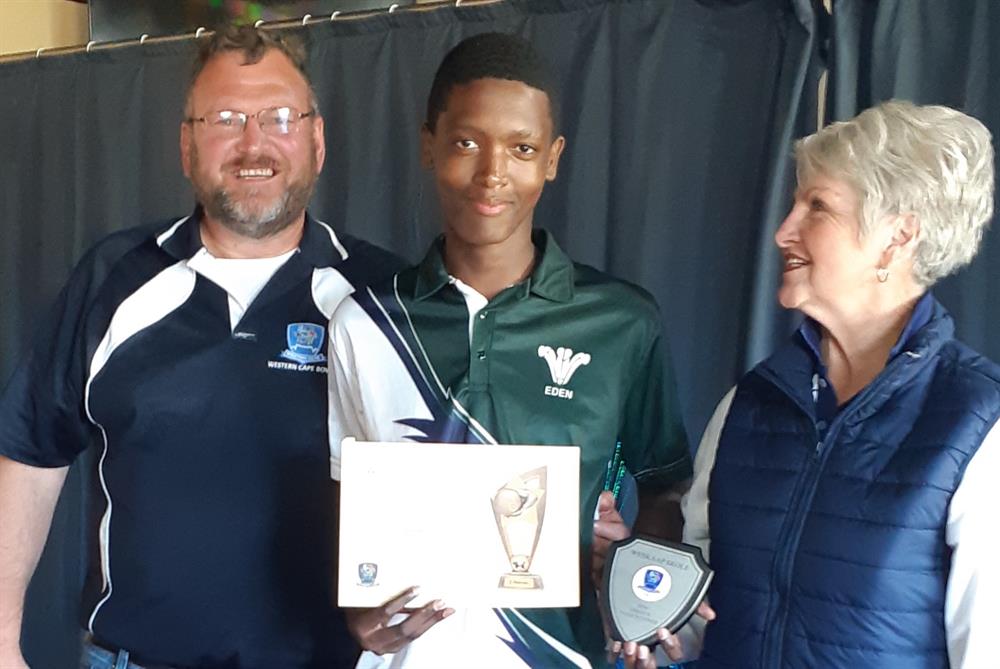 Young faced Johannes and Dumzela played Fouché in the semi-final. After tough games both the Eden players came out victorious and faced each other in an Eden vs Eden final.

Lee-Holin Juries qualified to play in the plate section of this competition and was placed third.