Lancewood the cream of the crop

GEORGE BOWLING NEWS - The "new look" Lancewood team are top of the leader board after round three of the Lew Geffen Sotheby's International Realty Spring Business Challenge at the George Bowling Club.

Fidelity ADT are a close second with Aldes Business Brokers two points behind them in third place.

The prize for the best result on the night was won by Stalwarts York High, while the most impressive result was achieved by newcomers Aurecon, who scored 11 points in this round.

Watsons Meat scored four points on the last end to force a draw with FNB in the most hotly contested game of the evening.

From round four onwards the top 14 teams will be separated to contest in the Challenge section while the remaining 14 teams will contest the Plate section. Lancewood team are top of the leader board after round three of the Spring Business Challenge at the George Bowling Club.  Lancewood are, from left: Andries Rossouw, Lubabalu Simba, Devon April and Garth-O'Neal Mert. 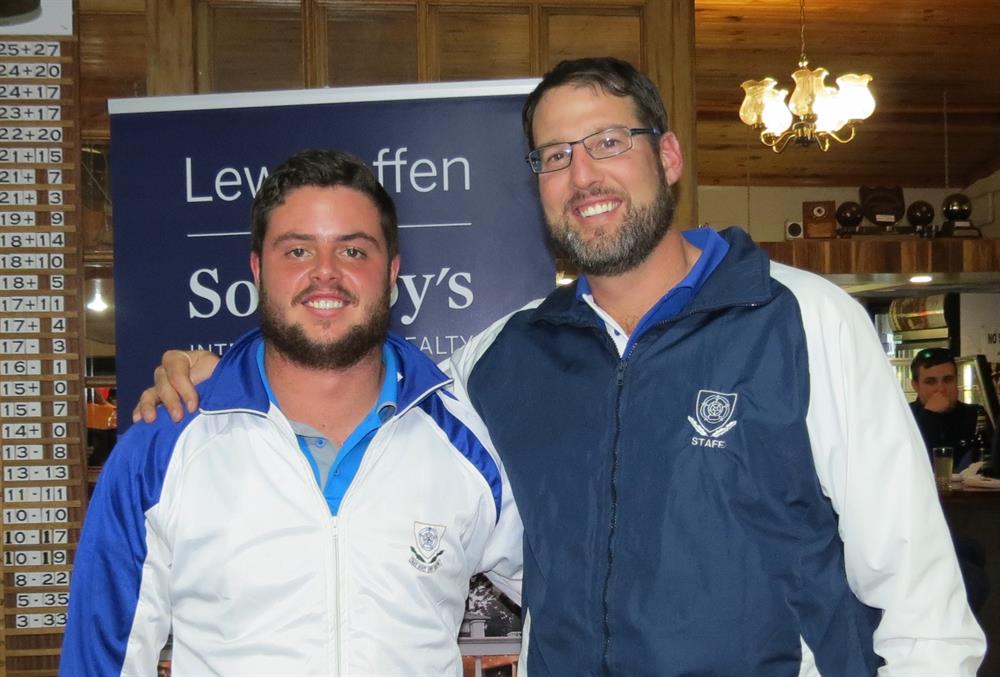 The most hotly contested game in the third round was between Watsons and FNB. The Watsons men are, from left: Neil Abrahamse, Richard Norman, Fanus Pauw and Francois Pretorius.