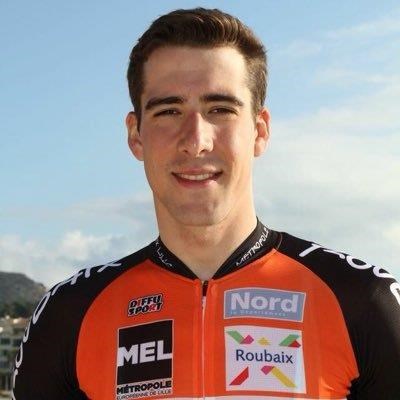 Daan Myngheer. Image: twitter.com
INTERNATIONAL NEWS - Cyclist Daan Myngheer, 22, has died in hospital after suffering a heart attack during the first stage of the Criterium International in Corsica.

He is the second Belgian cyclist to die in as many days after Antoine Demoitie was struck by a motorbike during Belgium's Gent-Wevelgem race.

Myngheer, who turned professional last year, had been in an induced coma.

His team, Roubaix Metropole Lille, said in a statement: "He lost his last race after fighting like a champion."

Myngheer pulled up in difficulty 20 miles from the line in the first stage of the race at Porto-Vecchio on Saturday.

He suffered the heart attack while in an ambulance, before being transferred by helicopter to hospital, where he was put on artificial respiration and fell into a coma. According to his team, Myngheer's organs have been donated.
Read more on BBC.