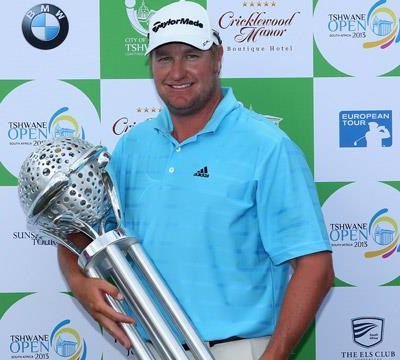 Dawie van der Velt
INTERNATIONAL NEWS - South African Dawie Van der Velt reached the turn in two under par to share the early lead in the first round of the British Open at Royal Liverpool Golf Club on Thursday.

The Texas-based 31-year-old, who won the Nelson Mandela Championship in his homeland earlier this year, dropped a shot at the second, but he regained that at the following hole and birdies at five and seven nosed him ahead.

Also on two under as the first groupings set out in perfect playing conditions were Marc Leishman of Australia, after seven holes, and Kiradech Aphibarnrat of Thailand, Brooks Koepka of the United States and Edoardo Molinari of Italy, all after six.

First man out David Howell of England birdied three in a row from the third to get to two under, but a double bogey six at the seventh pegged him back.

Among the favourites, Tiger Woods was first out at 9:04am (0804 GMT) in the company of Angel Cabrera and Henrik Stenson.
Two groups later were Irishman Rory McIlroy, Hideki Matsuyama of Japan and Jordan Spieth of the United States.