Tiger Woods, coming off a Masters triumph last month at Augusta National, makes his first bid for a 16th major title at next week's PGA Championship.

The 43-year-old American superstar completed one of the great comebacks in sports history last month with a dramatic victory at the Masters for his fifth green jacket and first major triumph since the 2008 US Open.

"One of the biggest wins I've ever had for sure," Woods said. "It's something I will never, ever forget."

An 11-year major drought saw him endure an infamous sex scandal as well as years of knee and back injuries that left him uncertain of a normal life until a 2017 spinal fusion operation enabled him to return to golf at an elite level.

"You could compare it to maybe the biggest, if not one of the biggest, moments in the history of golf," said 20th-ranked Webb Simpson.

"From where he was, not knowing if he would ever play again. To come from feeling that way to winning the Masters is pretty amazing."

Sixth-ranked Woods will arrive at the Long Island layout three major wins shy of the career record 18 set by Jack Nicklaus and one win shy of the US PGA overall win mark of 82 set by Sam Snead.

"For me to be competing against him when he's coming back is a lot of fun," top-ranked Masters co-runner-up Dustin Johnson said. "He's still a great player. I grew up watching him and kind of idolizing him so to get to play against him, it has been great."

Woods, who had never before won a major when trailing after 54 holes, has electrified the sports world much as he did by winning his first major at the 1997 Masters, accepting the Presidential Medal of Freedom this week at the White House. 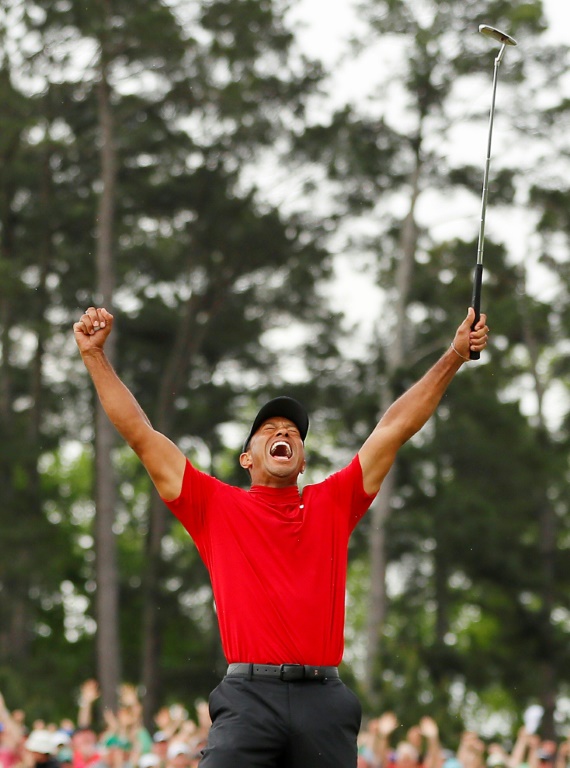 Tiger Woods, reacting to winning the Masters last month, will bring that confidence into next week's PGA Championship at Bethpage Black.

Woods nearly pulled off his first comeback major win last year. He was a contender at the British Open and battled down the back nine in the 100th PGA at Bellerive before being bested by Brooks Koepka, the two-time US Open champion who hopes to defend his PGA crown at Bethpage.

"My last three major championships have been pretty good," Woods said. "So that in itself gives me a lot of confidence going down the road."

In addition to matching Snead's all-time tour win mark, Woods would equal the record five PGA Championship titles by Nicklaus and Walter Hagen with a win.

He would also be halfway to a calendar year Grand Slam, the PGA having shifted to May for the first time since 1949 in a revamped world golf calendar.

Woods won the first two majors of 2002 at the Masters and US Open at Bethpage, defeating Phil Mickelson by three shots. The feat hadn't been done since Nicklaus managed it 30 years earlier. Only five men have ever done it and only Ben Hogan has done it twice.

Woods would also be the 10th-oldest major champion by winning at Bethpage, two days beyond Ted Ray at the 1920 US Open at 43 years, four months and 16 days.

"Everyone works on their bodies, besides their game. Things have come a long way," Woods said. "You're just seeing guys that are taking care of their bodies a lot better and able to play longer."

Formidable Bethpage will offer tricky rough and lightning-quick greens, living up to the sign at its first tee - "The Black course is an extremely difficult course which we recommend only for highly skilled golfers."

Woods, whose $20 million luxury yacht Privacy is docked at nearby Oyster Bay, was the only player under par in 2002 and 2009 winner Lucas Glover was among only five players under par in a rain-soaked week. 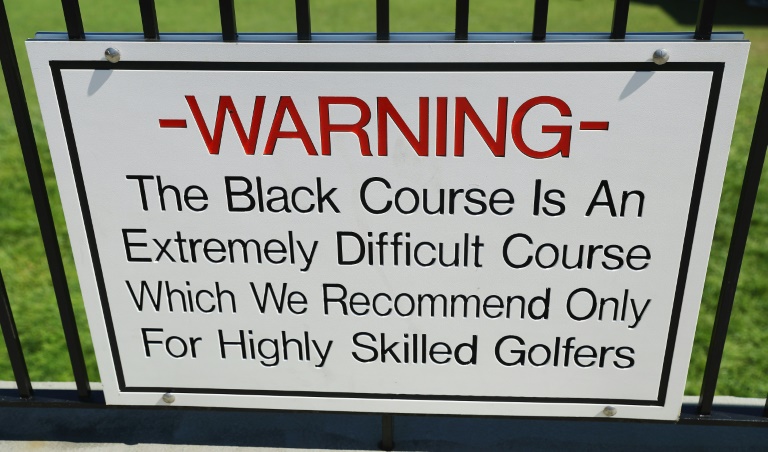 Woods will have plenty of top rivals, including Players Championship winner Rory McIlroy, the 2012 and 2014 PGA winner from Northern Ireland who was in the Masters hunt.

Koepka, another Masters co-runner-up, could make some history of his own. If he wins at Bethpage, he'll be the first golfer to own concurrent back-to-back major titles.

American Jordan Spieth, who is struggling this season, can complete a career Grand Slam by winning the PGA title. He hasn't won since the 2017 British Open.