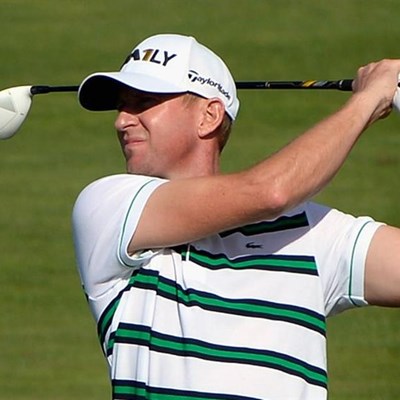 Taylor, whose 2016 campaign has veered between the brilliant and the frustrating, fired a six-under-par 64 on a sunny day at TPC River Highlands to set the tournament pace with compatriots Andrew Loupe and Jerry Kelly.

Spaniard Jon Rahm, competing in his fifth PGA Tour event since turning professional in June, eagled the par-five 13th on the way to a 65, ending the round level with Australian Marc Leishman and American Ben Martin.

Twice Masters champion Bubba Watson, who won the Travelers Championship for a second time last year at one of his most treasured venues, launched his title defence with a 67.

"I hit a lot of quality shots and hit a lot of greens, which you need to do around here," Watson told reporters after being grouped with Matt Kuchar (69) and Patrick Reed (70), who will join him on the US Olympic team in Rio de Janeiro next week.

"We're good friends and we had a blast out there. Having a pairing like that, no matter if we were going to Rio or not, it's a fun pairing."

Taylor, who has missed nine cuts on the PGA Tour since clinching his third career victory on the US circuit at the AT&T Pebble Beach Pro-Am in February, caught fire on his back nine after reaching the turn in one-under 34.
Read more on SuperSport.

Read more about: Taylor charges into share of Travelers lead