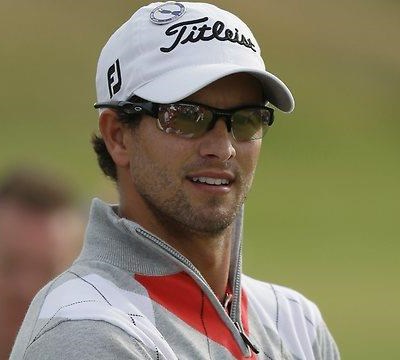 Adam Scott
INTERNATIONAL NEWS - Forty of the world's top 50 golfers will tee off in Shanghai on Thursday when "Asia's major", the World Golf Championships (WGC) HSBC Champions tournament, gets under way.

World number one Rory McIlroy and big drawcard Phil Mickelson have not made the long trip to China, but fifth-ranked Henrik Stenson is at Sheshan International Golf Club, just 11 days after the birth of his third child, Alice, in Florida.

World number two Adam Scott skipped the WGC-HSBC Champions last year, so could understand McIlroy's decision to stay away and prepare for his upcoming court case with his former management company.

"Unfortunately I decided not to come last year and I had heavy commitments in Australia, and that's a tough decision," said Scott.

But he believes it will not detract from the tournament with such a galaxy of stars from both the European and PGA tours on show for the 10th anniversary of the event.

"There are not many tournaments that can claim to have a field" as strong as the one for this weekend's tournament, he said.

He admitted that his task of winning the $1.6 million first prize was a touch easier without McIlroy present.

"Selfishly, yeah, Rory is the main threat to everyone and it opens up the field a little bit this week," added the Australian, who will tee off in a mouth-watering threeball alongside 2009 HSBC Champions winner Sergio Garcia and Rickie Fowler at 9.35am Thursday (0135 GMT).

Fowler, 25, in 2014 joined Tiger Woods and Jack Nicklaus as the only golfer to finish in the top five in all four majors in a season.

McIlroy won two majors this year, The Open Championship and the US PGA. The other two major winners of 2014 are both in Shanghai.

Masters champion Bubba Watson was 36 on Wednesday and told reporters he would love to celebrate by capping a famous year with another victory.

"I've never won a World Golf Championship, so I'm looking forward to it," he said after a year in which he also won the Northern Trust Open and had eight top-10 finishes.

US Open champion Martin Kaymer should be fresh as he said Wednesday he had hardly lifted a golf club since playing in the Alfred Dunhill Links Championships at St Andrews at month ago.

"I've played only three rounds, and that was in Bermuda, and then I haven't practised at all because I didn't really want to," the German admitted. "There was so much golf. It was quite nice to do something completely different.

"It's a big week for all of us," added Kaymer who agreed that it was a blow to the event that McIlroy had not made the trip.

"For sure it's a loss for the tournament but on the other hand, everybody has to understand that our entire lives are not always about golf. There are other things that you have to take care of."

Kaymer tees off alongside American stars Jimmy Walker and Jordan Spieth at 10.25am (0225 GMT), while Watson joins another marquee group that includes Stenson and 2013 US open champion Justin Rose and tees off at 10.35am (0235 GMT).