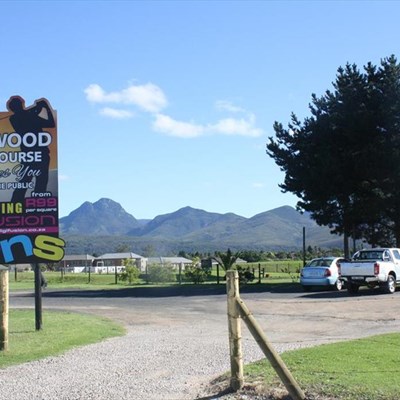 The Glenwood Short Golf Course on Knysna Road is the site mentioned in the development proposal that should be rezoned for institutional purposes, "given the evident need for a regional private hospital", according to a report that was withdrawn from the last council meeting. Photo: Alida de Beer

GEORGE NEWS - A recommendation to consolidate, rezone and develop the land that Glenwood Short Golf Course and George Riding Club are leasing from the George Municipality was withdrawn in a council meeting on 25 October.

The report in support of the recommendation in the council agenda proposes that a portion (the current golf course premises) along Knysna Road should be earmarked for institutional purposes, "given the evident need for a regional private hospital".

The proposal furthermore includes mixed residential housing (comprising a social component as well as Gap housing for middle income earners) and a small business component that provides a neighbourhood supermarket and small service-orientated businesses such as a hair salon or laundromat.

According to the report, with the social housing development close to the "regional institution", its employees will be within walking distance from their work.

It states that the social housing component supports integration and is located near Knysna Road, that has been identified in the George Integrated Public Transport Network as a potential high intensity corridor.

Higher volumes of commuters on the route will ensure the viable operation of the bus system.

Large open spaces are proposed along the boundary of the premises as a "soft edge" to absorb noise off Knysna Road.

The first phase of the development would be the consolidation and rezoning of the properties, which will involve a public participation process.

After this, the land for the institutional anchor can be released on public tender. Income from the establishment of this anchor will be used for the provision of infrastructure for the residential component.

Upgrade of sewage works prerequisite
In the report the Civil Engineering Department points out that the Outeniqua sewage works has reached its full capacity and "no further development can be accommodated until additional sewer treatment capacity is available".

It will cost R130-million to extend the works by an additional 10 megalitres per day.

Provision of electrical infrastructure will cost about R35 000 per plot (the usual R15 000 capital contribution per residential site is not applicable if it is developed by the municipality).

Funds raised from the sale of the institutional property will be used to upgrade roads and infrastructure. The Glenwood substation will have to be upgraded at a cost of R20-million (to be funded by the municipality).

A part of the George Riding Club, which is located opposite the upmarket properties of Glenwood Avenue. Photo: Google maps

The future developers of the institutional property will have to fork out a capital contribution of R2-million and an estimated R1-million for reticulation.

These properties cover 35,5 hectare and their total value is R42-million, according to a recent municipal valuation.