Garcia 'could have been a footballer, or a vet' 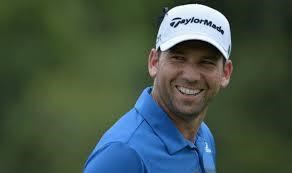 Sergio Garcia
INTERNATIONAL NEWS - World number three Sergio Garcia said Wednesday that if he hadn't been a golfer he might have been a footballer or even a veterinary surgeon.

On the eve of the WGC-HSBC Champions in Shanghai, the Spanish Ryder Cup star and 2009 winner of the tournament at Sheshan International Golf Club was asked at a news conference where he might have been now if he hadn't been so successful on the course.

"I would have loved to be involved with sports no matter what," he said.

"So either football player or maybe a tennis player. I've always liked animals, so maybe a vet or something like that. I would have to study a lot for that, though."

The Spaniard lies third on The European Tour's Race to Dubai entering the second event of the Final Series of four in Shanghai.

But he said catching the absent Rory McIlroy at the top of the standings would be next to impossible. McIlroy leads second-placed Jamie Donaldson and Garcia by more than three million points.

"If I win all three tournaments -- and Rory doesn't play any -- then I have a chance," he laughed.

"I'm not really thinking about that much. I just want to have three good tournaments to finish with."

In addition to his 2009 victory, the year before the HSBC Champions became a World Golf Championships (WGC) event, Garcia was fourth here last year.

Garcia has registered four runner-up finishes in his last nine events, including a share of second place behind American Ryan Moore at the PGA Tour's CIMB Classic in Malaysia last week, so comes into an event and a course he knows well in tip-top form.

"I have been fortunate to play nicely in the past here, and be a past champion," he said.

"I got off to a good week in Kuala Lumpur, and so excited about another good week here. So hopefully we can keep going in the same direction that we've been going all year."

He sees no reason why he shouldn't continue that run this week. "Sheshan is the kind of golf course that if you play solid, you can give yourself a lot of chances," Garcia said.

"The par fives are pretty much all reachable. It's just a matter of playing the tougher holes well. If you give yourself chances, usually you can make a lot of putts."

The WGC-HSBC Champions is sanctioned jointly by the US PGA Tour, the European Tour and the Asian Tour and will see 40 of the top 50 ranked players in the world taking part for an $8.5 million prize pool when it begins Thursday.