Osner attained a hat-trick of triumphs in the A Division, a remarkable achievement considering he is only in matric this year and balancing a promising golfing career with matric finals.

Cliff Daniel was the winner in the Men's B Division while former Simola golf director, Alistair Beaumont, was a popular winner in the C Division.

Simola employee and greenkeeper, Du Toit Maree, made his mark by bagging himself a hole in one on the 17th hole. – Simola Hotel Country Club & Spa. 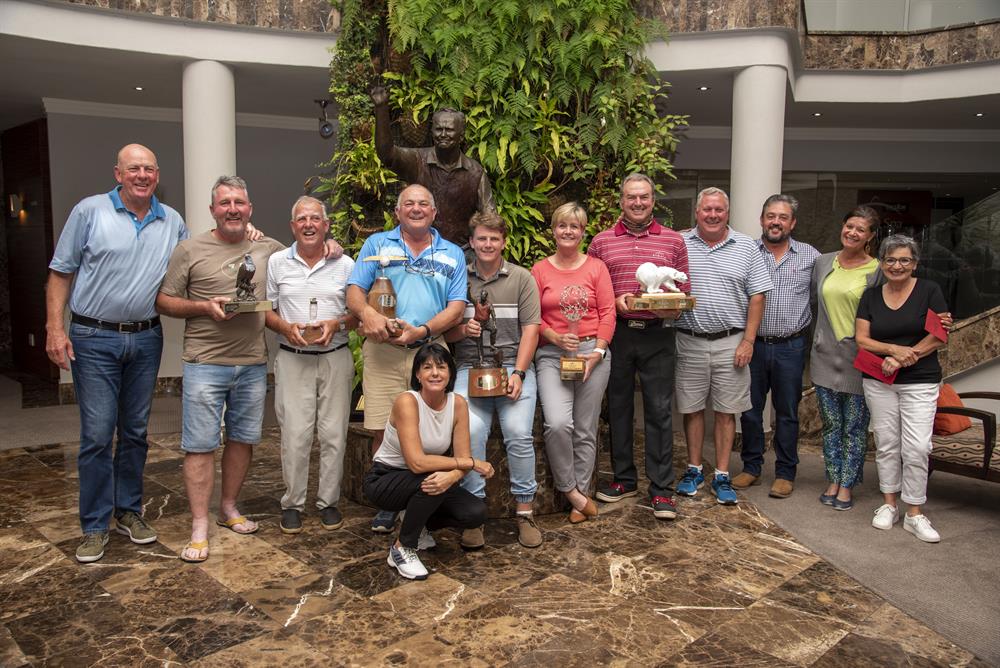 The winners of the Simola Golf and Country Estate club champs.
Photo: www.ellephoto.co.za