Commenting after the game, No 1 Vista supporter Nyameko "Dikela Noni" Ndwebisa said it's encouraging to see young, committed players doing great on the field and working so hard.

GEORGE FOOTBALL NEWS - The Geolfa League game between the youthful side of the Raul Stars Football Club and the high-flying Vista Football Club, ended in a goalless draw on Sunday afternoon, 16 May, at the Lawaaikamp Stadium. But, despite no goals being scored, it was a beautiful game.

The two teams are the main Geolfa League title contenders, with Vista currently in top position leading with 19 points, six victories, and two defeats, with 16 goals after nine games played.

Raul Stars are breathing in their necks with 18 points after eight games, two draws and netting sixteen goals with the best defending record after conceding three goals.

First half
The match began at a fast pace with Raul Stars receiving the first chance of the game, but the striker missed the target. Vista responded with an attack on the right side of the field but their lanky striker, Sindisa Ndabeni, sent the ball straight to Raul Stars goalkeeper, Luvuyo Ncamile.

Raul Stars were awarded a set piece in the centre of the field after a reckless challenge from a Vista player, but their shot was well defended by the Vista backline. Aseni Siyabonga (Raul Stars) delivered a marvellous cross from the left side of the field but the Vista defender cleared the dangerous ball.

Raul Stars launched another strong attack on the right side but a Vista defender saved his side, forcing a corner kick for Raul Stars. Siyabonga sent another powerful strike but his shot was denied by Vista goalkeeper, Ikhona Mdike.

Vista attacked and received a free kick on the right side just outside the box. However, Vuyisanni Liwani's shot was blocked by the goalie, forcing another corner kick for Vista, and again the team failed to score.

Just before half time, both teams created scoring opportunities, but the solid defence from both sides thwarted all possible goals. Vista FC, the leaders of the Geolfa League, before the game on Sunday.

The second half started with both teams immediately hunting for the first goal of the game. Raul Stars received a corner kick but again missed. Vista tried to come back in full force employing speed up front, but was unable to break through the Raul Stars wall. Vista received a throw in on the right side of the field but their striker could not convert the scoring opportunity.

Ndabeni then tried his luck with a long shot on the right but this was well cleared by a Raul Stars defender. Vista had a last opportunity to score with a free kick just outside the box on the right side, but goalie Ncamile made a brilliant save, forcing a corner kick for Vista. Once again they failed to convert their last chance of the game and it ended 0 all. 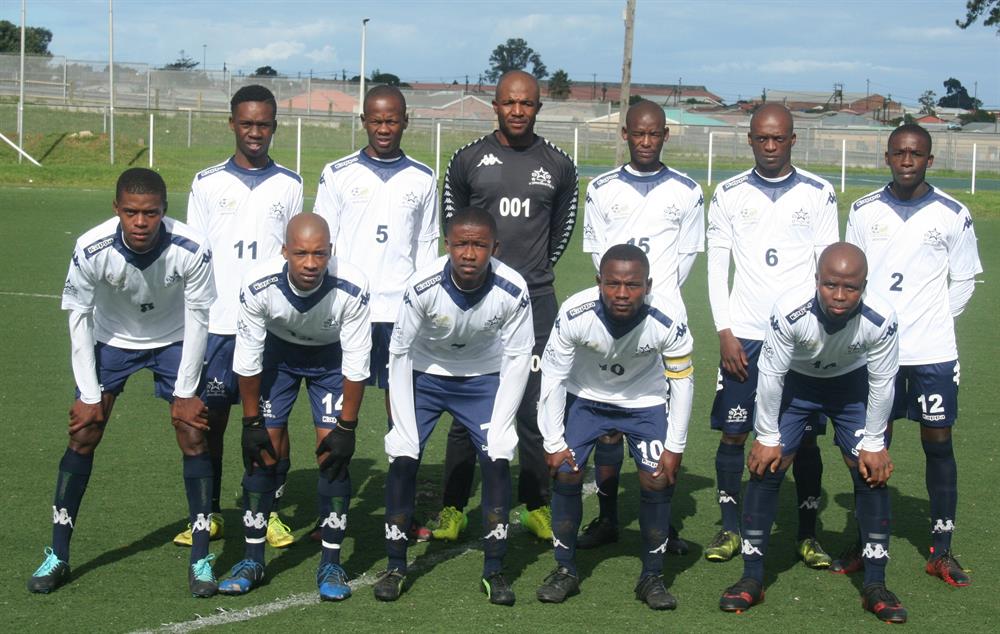 Raul Stars FC before their Geolfa game on Sunday afternoon at the Lawaaikamp Stadium. Raul Stars are  currently number two.

Commenting after the game, No 1 Vista supporter Nyameko "Dikela Noni" Ndwebisa said it's encouraging to see young, committed players doing great on the field and working so hard.

"They played a beautiful game. Both teams are well led and coached by two individuals who are passionate and patient. I pray that both teams have good runs this season while fighting for the Geolfa title. As a huge Vista supporter my hopes are on Vista to win the Geolfa title on the last day," Ndwebisa said. Raul Stars players psyching up before their game against Vista on Sunday afternoon.