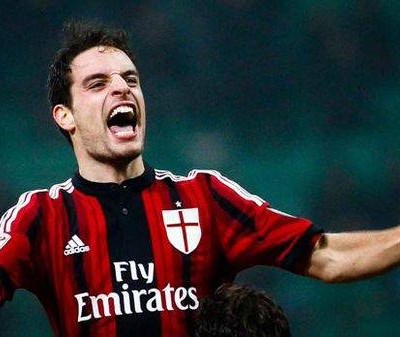 Eight games into the season Juventus look to be on their way to a record sixth consecutive Serie A crown after opening up significant gaps on key title rivals Napoli and Roma.

Roma, at home to Palermo on Sunday, are second at five points adrift while Napoli travel to rock-bottom Crotone looking to end a two-game run of defeats in the league that has left them seven points off the pace.

Milan's surprising purple patch of late saw the Rossoneri hand Chievo their first home reverse of the season Monday in a 3-1 win that moved them up joint second.

Bonaventura credits new coach Vincenzo Montella with helping to "end the chaos" that has reigned over the seven-time European champions in recent seasons.

And the Italy international believes the time is right to throw a spanner into Juve's tite plans.

"We can win it because it's a stand-alone match, we're at home and they will have to be fully at 100% against us," Bonaventura told La Gazzetta dello Sport.

"And, our game is on a par with the top teams in the league."

Milan's last win over the Turin giants came in the 2012-2013 season, when current Juventus coach Massimiliano Allegri was still at the helm after leading them to the 2011 title.

Juventus have won all seven league meetings since, as Milan bounced from one mini-crisis to another.

Montella is the club's fifth coach since Allegri was sacked following a 4-3 defeat to Sassuolo in 2014, and Bonaventura says the ex-Fiorentina handler has brought "joy" back to the club.

"We've endured a few underwhelming seasons but Montella has brought back the joy of playing football," Bonaventura added.

"He's helped us in terms of our mentality, but 80% of the really important work has been done on the pitch."