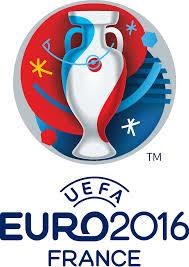 Generic image
INTERNATIONAL NEWS - The campaign to qualify for Euro 2016 intensifies with two rounds of matches played back-to-back over six days, starting from Thursday, offering the chance for those countries who started badly last month to play catch-up.

That is the case for Guus Hiddink's Netherlands, who entertain Kazakhstan and then go to Iceland looking to bounce back from a defeat in the Czech Republic, and for Group A rivals Turkey, who were beaten in Iceland last time out and now host the Czechs before an awkward trip to Latvia.

Meanwhile, Portugal will play their first match under new coach Fernando Santos when they go to France for a friendly on Saturday before taking on Denmark away next Tuesday.

Santos has replaced Paulo Bento, who departed following the shock 1-0 home defeat to Albania in September, and has resorted to recalling experienced faces in 33-year-old Tiago Mendes, Danny, 31, and Monaco defender Ricardo Carvalho, 36.

Former Greece coach Santos, who is serving a touchline ban, said of Carvalho: "He was punished for a year for his attitude. I know what I want and which players can serve me best. Perhaps other players will emerge in the next month, but we are thinking about the present."

Carvalho added: "As we lost our first match, this has become more important for us. We need to stick together and adapt to one another as quickly as possible so we come into the Denmark game at as high a level as possible."

Attention will also be drawn to the Group G meeting of Sweden and Russia, with the home side set to give captain Zlatan Ibrahimovic, who last month won his 100th cap, until the last minute as he bids to recover from a heel injury.

Elsewhere, England entertain the whipping boys of world football, San Marino, at Wembley on Thursday before a trip to Tallinn to face Estonia in a Group E double-header that should provide few problems to Roy Hodgson's side.

Indeed, for England, after winning 2-0 in Switzerland in their opening qualifier last month, failure to beat San Marino, who have lost their last 59 matches, is unthinkable.

"You can't let your standards drop. Everyone knows it is a game we should win and we want to keep improving and play better if we can. You can only beat what is in front of you," said midfielder James Milner, who could see Southampton's Nathaniel Clyne make his international debut at right-back.

Reigning European champions Spain are on the road for two Group C fixtures against Slovakia and Luxembourg, with the first game in Zilina a potential banana skin for Vicente del Bosque's men.

"There's going to be Spanish fever because everyone wants to see a game involving one of the top teams in the world," said Robert Mak of Slovakia, whose team will rely on Napoli star Marek Hamsik to trouble the visitors as they look to build on a 1-0 win in Ukraine last month.

Real Madrid defender Sergio Ramos will miss the trip east with a calf injury, but Gerard Pique of Barcelona is back in the squad.

Valencia strike duo Rodrigo and Paco Alcacer, who scored in the opening 5-1 win over Macedonia, also feature, while Diego Costa is eager to get his first international goal.

"I have still not scored here, but if you see the matches that I have played I have not had a genuine chance anyway. I need to keep working and be ready to take the chance when it comes," said the Brazilian-born Chelsea star.

Italy coach Antonio Conte has recalled Andrea Pirlo, 35, for the Azzurri's Group H matches against Azerbaijan in Palermo on Friday and Malta away on Monday.

Germany, winners against Scotland in September, go to Poland in Group D before hosting the Republic of Ireland in Gelsenkirchen, and will do so without Schalke's Julian Draxler, who has joined the likes of Bastian Schweinsteiger and Marco Reus on the sidelines.

The World Cup winners' superb record in qualifiers could come under threat from a Robert Lewandowski-inspired Poland, who need results in a tough section in which Scotland will host Georgia and Ireland take on Gibraltar this weekend.