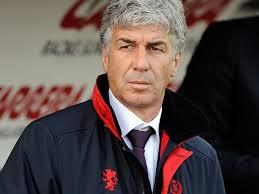 The 22-year-old Perin was stopped in his Volkswagen Golf by police in Genoa on Friday night and found to be over the allowable blood-alcohol limit following a breathalyzer test.

Gasperini said Sunday that Perin was on his way back from a dinner which he and Andrea Bertolacci had offered to their teammates to celebrate their Italy debuts.

Gasperini adds "this doesn't undermine my admiration for a guy who is a serious professional, who has all my respect."