Black Cats show their claws, top of the log

Black Cats' are playing two games in Mossel Bay this weekend. Their first game is against Oriented Birds at 12:00 followed by their game against United Brothers at 16:00.

Their winning match at their home stadium in Lawaaikamp, propelled them to the top of the log with 22 points after 7 wins and 1 draw, reviving their league title hopes. Breathing down their neck are the players of Benfica from Mossel Bay with 20 points after 6 wins and 2 draws.

Black Cats started the match at a fast pace creating goal-scoring opportunities on the strength of Mzwanele "Sangweni" Jwaqa in the centre of the field who impressed with accurate passes. FC United received the first free kick of the game but their shot went wide. Another promising attack from Keyizana was launched but Skiet blocked it.

Black Cats launched a dangerous attack from the left side of the field looking sharp on the ball when Laho aimed a powerful strike but his shot was blocked by the FC United goalkeeper, Sinesipho Mbangi. Both sides were playing the ball on the ground chasing the first goal of the game.

Lucky Veiver of Black Cats delivered a beautiful cross-kick on the left side of the field but his dangerous ball was saved by Mbangi.

Mivuyo Sheshido Ngubo of Black Cats sent a marvellous cross-kick from the right side of the field where Laho received the ball but his powerful shot hit the right pole of the goal. Hlangabeza scored the first goal of the game putting Black Cats in the lead 1-0 with a beautiful shot from the left side of the field that Mbangi was unable to block.

FC United came back looking for an equalising goal but missed the target. Laho scored the second goal of the match with a corner kick to make it 2-0.

FC United retaliated with a strong attack and they received a free kick just outside the box. Nokilana scored a beautiful set-piece and the exciting first half ended 2-1.

The second half was immediately on fire with FC United creating opportunities. After a few missed chances, Keyizana scored the equalising goal to make it two all.

Black Cats came back in full force and Laho broke the net scoring the third goal to make it 3-2. FC United defenders were working hard defending the speed of Black Cats' strikers, but Laho pushed the score to 4-2 by breaking through the FC United back line.

The FC United players tried their best to come back into the game and eventually Nokilana scored the team's third goal with a marvellous set-piece just outside the box. Both teams were playing attacking football during the last moments of the game with Black Cats employing the speed of Zovuyo Maduna up front.

Black Cats' are playing two games in Mossel Bay this weekend. Their first game is against Oriented Birds at 12:00 followed by their game against United Brothers at 16:00. All the citizens of George wish Black Cats excellent games and best of luck! Go guys! 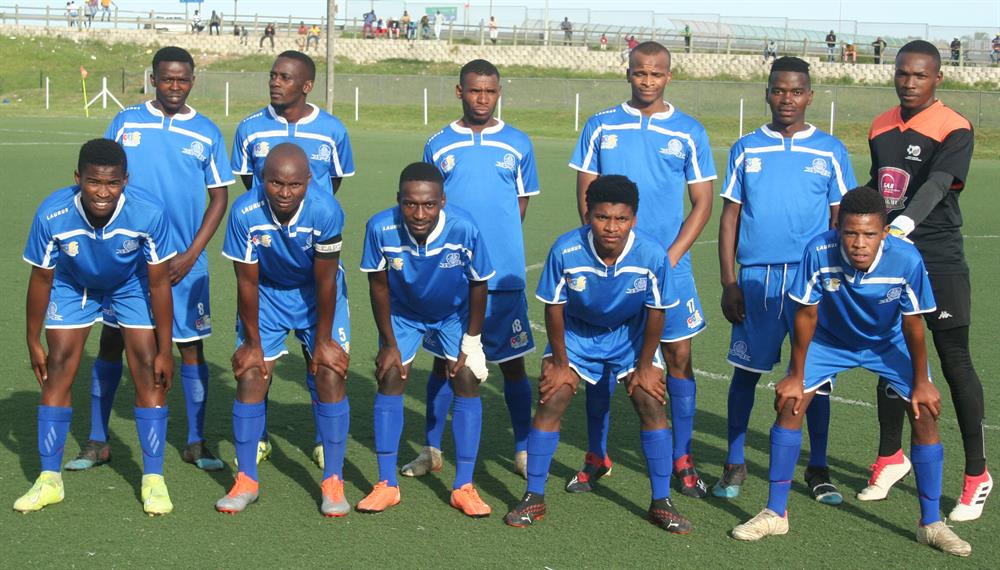