Shastri in spat with Ganguly 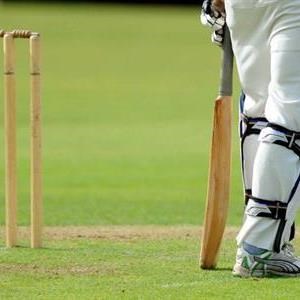 Generic image
INTERNATIONAL NEWS - Denied another stint as India's head coach, Ravi Shastri has been embroiled in an ugly spat with former captain Sourav Ganguly, who was part of the panel which awarded the job to Anil Kumble last week.

The coach's post was vacant since Shastri's 18-month tenure as the team director ended with India's semifinal exit at the World Twenty20 tournament on home soil earlier this year.

For the post, the Indian cricket board (BCCI) received 57 applications which were made available to an advisory panel that included ex-captains Sachin Tendulkar and Ganguly and former batsman VVS Laxman.

The panel met the final contenders, including Shastri who spoke via skype, before Kumble, a contemporary of the ex-cricketers on the panel, landed the job despite his lack of coaching experience.

Shastri told the Indian media that Ganguly's absence during his interview was disrespectful and he advised the former captain to be present at important meetings in the future.

Ganguly, one of the most successful Indian captains, said he had taken the BCCI's approval to attend a meeting of his state cricket association, of which he is the president.

"I just feel that the comments are very personal and if Ravi Shastri feels that I am responsible for him not being the coach of India, he's living in a fool's world," Ganguly told television reporters in Kolkata.

"It's a committee and there are people in the committee who are of more repute than I am and there are other people involved also who were consulted and spoken about. So that's disappointing."

Ganguly said the panel had agreed his request to resume the interview after completing the association's meeting.
Read more on SuperSport.

Read more about: Shastri in spat with Ganguly