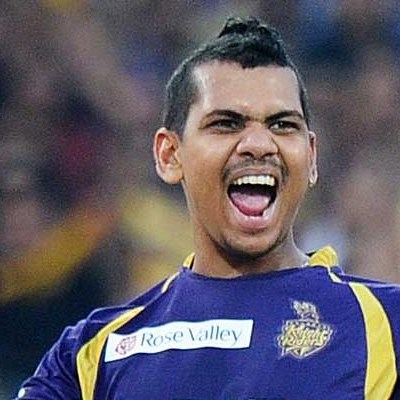 Sunil Narine
INTERNATIONAL NEWS - Sunil Narine returns to the West Indies fold with the mystery spinner seeking to maintain his stranglehold over New Zealand in the T20 Internationals on Saturday and Sunday at Windsor Park in Dominica.

Narine was declared ineligible by the West Indies Cricket Board for the three Test series, which the tourists won 2-1, due to his inability to join the mandatory training camp ahead of the series.

His decision to stay with the Kolkata Knight Riders reaped dividends with the franchise lifting the Indian Premier League title for the second time in three seasons.

Now though, he has the chance to extend an impressive record of 12 wickets for 120 runs in five T20 Internationals against the Black Caps and also fuel speculation that his presence in the West Indies Test side could have made a critical difference in the series won 2-1 by Brendon McCullum's men.

New Zealand's captain may be tempted to put himself at the top of the order alongside all-rounder Jimmy Neesham given that the trio who shared opening duties in the Tests - Tom Latham, Peter Fulton and Hamish Rutherford - may not be considered ideal for the frenetic pace of the shortest form of the game.

Another hard-hitting all-rounder, Corey Anderson, will finally get his chance to feature in international matches on the tour after being sidelined by a neck injury ahead of the Tests.

It was against the West Indies that Anderson smashed the fastest-ever One-Day International hundred, off 36 balls six months ago in Queenstown, raising expectations for the possible duel between him, Narine and the rest of the home bowling attack that also includes the top-rated T20 International bowler, Samuel Badree.

West Indies will be without their most celebrated power-hitter, Chris Gayle, who is being rested as he continues to struggle with a back injury.

However the return of Kieron Pollard to regional duty for the first time in almost a year and the reputation of captain Darren Sammy as a match-winning ball-beater are sure to heighten the sense of anticipation among Dominican fans looking forward to the first T20 Internationals ever to be played at Windsor Park.