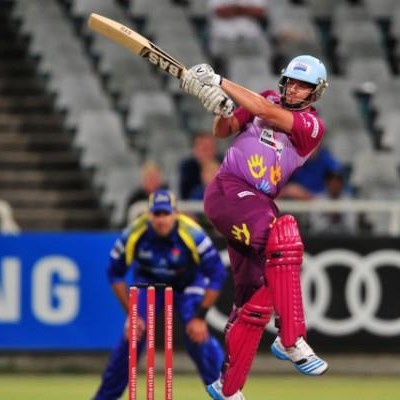 Albie Morkel
NATIONAL NEWS - The inspirational leader Henry Davids will continue at the helm of The Unlimited Titans in their domestic four-day campaign of 2015/2016, while the vastly experienced international all-rounder Albie Morkel, who has represented South Africa in 108 games, will captain the Titans in both limited-over formats next season.

Morkel (34) will be in charge of the defending Momentum One Day Cup champions. He will also preside over the team in the Ram Slam T20 Challenge.

The Titans also expressed their vote of confidence in the management- and leadership skills of the 22-year old Theunis de Bruyn by appointing him as vice-captain across all three formats.

The appointment of De Bruyn also underlines the vision of the Titans management, who have placed a particular focus on growing the leadership resources in the franchise.

De Bruyn was sensational in the 2014/2015-season, smashing an unbeaten 202 in his maiden game for the South African “A” side. He also hammered two tons in the Momentum One Day Cup competition, including a match-winning 152 against the Warriors.

Morkel’s unbeaten 134 in the Momentum One Day Cup final against the Cape Cobra propelled the Titans to a five-wicket win as the Hennops River-team won the spoils.

The underrated bowler and swashbuckling middle-order batsman has featured in 193 List A-games and 271 T20-matches, which make him one of the most experienced players in the world in these formats.

Morkel represented South Africa in 58 One Day Internationals, 49 T20-matches including action at five ICC Twenty20 World Cups, and one test.

He is also a seasoned player in the Indian Premier League, where he featured for the champion-team, the Chennai Super Kings, the Royal Challengers Bangalore, and, lately, for the Delhi Daredevils.

Davids was one of the most consistent performers with the bat at the business-end of the Sunfoil Series, and scored a superb 122 for the runners-up in the four-day domestic showpiece in the final action of the 2014/2015-season.

“Henry is one of the most respected senior players and leaders of the Titans and has a huge role to play in the future successes of the franchise,” said Rob Walter, the Titans coach.
Read more on cricket.co.za.