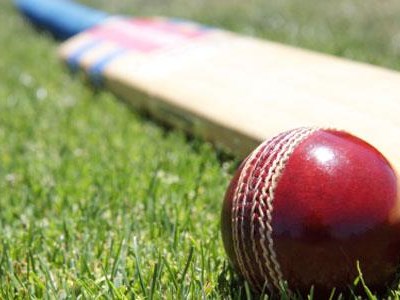 Generic image
INTERNATIONAL NEWS - Opener Tillakaratne Dilshan smacked an unbeaten 83 off 56 balls to steer defending champions Sri Lanka to a six-wicket win over a spirited Afghanistan in the World Twenty20 on Thursday.
Full scorecard: Afghanistan v Sri Lanka
The big-hitting Dilshan kept his nerves under pressure and carried his bat through for an unbeaten 83 off just 56 balls, his 13th half-century in the shortest format of the game.

His effort helped the islanders surpass Afghanistan's 153 for seven with seven balls to spare at the Eden Gardens Stadium in Kolkata.

"In my last two games I had two ducks. I needed runs going into the big games. I'm really happy that I finished the game," Dilshan, 39, said after being named man of the match.

"In these kinds of tournaments, the first match is very important. Senior guys need to stand up and do it for the team (so that) the middle order can bat around us."
Afghanistan, the only non-test team left in the fray, paid the price for some sloppy fielding after an impressive effort with the bat that saw skipper Asghar Stanikzai make a fine 47-ball 62.

Dilshan gave Sri Lanka a flying start, smacking fast bowler Dawlat Zadran for two sixes on the trot, including one that came off his famous 'Dilscoop' shot which typically sails over the wicketkeeper's head.

Wicketkeeper Mohammad Shahzad then sent back Thisara Perera with a direct throw at the stumps as Sri Lanka slipped to 85 for three, but Dilshan kept his cool to ensure a smooth finish for his side in the end.
Read more on SuperSport.


I'm a 34 year old woman looking to meet men and women between the ages of 31 and 43.
View Profile