Criticism for India's Capitulation in England 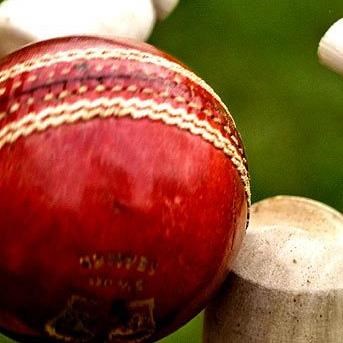 (Generic image)
INTERNATIONAL SPORT NEWS - Sunil Gavaskar described India's capitulation against England as traumatic, embarrassing and jelly-like, while Sourav Ganguly called for "harsh decisions" to be made on team selections.

The former India captains were just two of the many harsh critics of Mahendra Singh Dhoni's test team after it was bundled out for 94 in the second innings at The Oval, losing the test by an innings and 244 runs and surrendering the five-match series 3-1.

Players, analysts and the public questioned the team's resolve after it lost consecutive tests inside three days.

India led the series after winning the second test at Lord's, but lost the third test by 266 runs and the fourth by an innings and 54 runs.

"If we do well in the ODIs, the test series will be forgotten and that will be a tragedy," Gavaskar told the NDTV news channel. "The tragedy of Indian cricket is that a lot of the defeats are swept under the carpet."

Ganguly urged selectors to take some tough decisions, saying the team had shown "no effort, no heart, no fight."

"Some of the strategies adopted, field placements and even the batting order for instance could have been handled better," Srikkanth wrote in a column in The Times of India. "The coach definitely has a say in all these. Either he is not ready to question the authority of Dhoni, else he wants to collect his pay check till the World Cup before waving goodbye."

"Team India uprooted" read the headline in The Times of India, which went on to give statistical details of India's third biggest innings defeat as well as dwelled on Dhoni's poor captaincy, lack of batsmen's technique and shoddy slip catching among other things.

Social media, too, was abuzz with comments and tongue-in-cheek remarks as the Indian innings lasted just 29.2 overs on Sunday.

"There you are," noted international commentator Harsha Bhogle posted on his twitter page after England completed a third consecutive test series win over India in quick time. "Our post game show was as long as the Indian innings."

England beat India 4-0 at home in 2011 and then came from behind to prevail 2-1 in a four-test test series in India the following year.