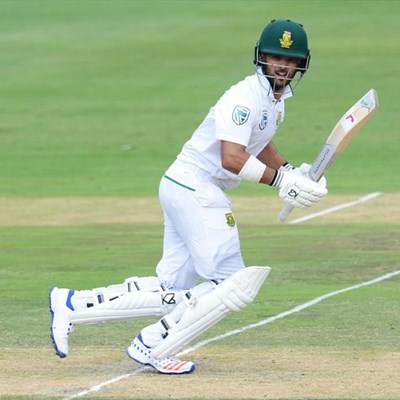 JP Duminy will play for the Cobras in a pre-season friendly against the Warriors this weekend in Oudtshoorn. Photo: Lee Warren/Gallo Images

CRICKET NEWS - The WSB Cape Cobras and the Warriors will use the Recreation Ground in Oudtshoorn as a basis for their pre-season preparation for the Sunfoil Series that will kick off in mid-September.

The two franchises will play in two two-day matches starting on Saturday.

The first match is on Saturday 9 and Sunday 10 September and the second match on Tuesday 11 and Wednesday 12 September.

Good news for cricket supporters is that the Cobras will bring Vernon Philander, JP Duminy and Temba Bavuma to Oudtshoorn.

Entrance for both matches will be free.

The Cobras will play two Sunfoil Series matches at the REC in Oudtshoorn during October.

They will take on the VKB Knights on 6-9 October and the Dolphins on 23-26 October. Themba Bavuma will play for the Cobras in a pre-season friendly against the Warriors this weekend in Oudtshoorn. Photo: Anesh Debiky/Gallo Images

The respective squads are: