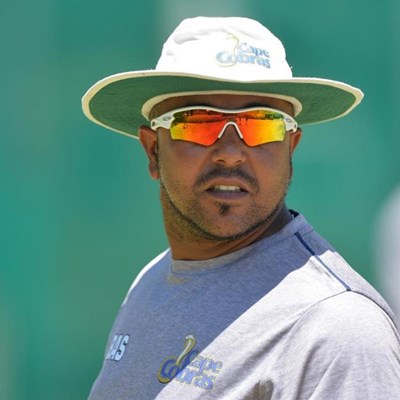 With the knock-out stage of the competition looming, the hosts know that only three wins will do if they want to maintain their hopes of finishing in the top three.

They are the worst placed of the teams vying for those play-offs – the Cobras currently have 12 points from seven games, three fewer than the Hollywoodbets Dolphins, who have played a game more, and four fewer than the bizhub Highveld Lions, their final match opponents.

“Every game at the moment is important for us, so we just need to make sure that we pitch up for each and every one of these games,” coach Paul Adams said. “Attitudes and efforts we give need to be at 100 percent.”

The Cobras beat the Dolphins by an emphatic seven wickets on Sunday and Adams believes that a victory like they managed in Durban showed what a dangerous team they are. “We all know what we’re capable of and I think Sunday’s game showed that,” he added.

“A win like that brings massive confidence. But we need to make sure we now build on that. “Earlier in the competition, we beat the Warriors and then we were flat in the next game, so we need to be consistent as well.”

The Cobras are also bolstered by the return of Standard Bank Proteas all-rounder JP Duminy.
Read more on SuperSport