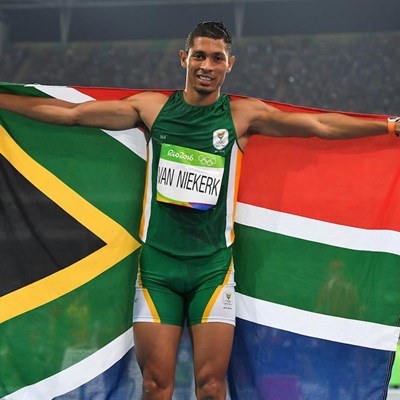 
Van Niekerk, running in the unfavoured lane eight, blasted off the final corner to time 43.03sec, 0.15sec quicker than Johnson's previous world best set in Seville in 1999, a record that had taken on mythical standing.
It was the quickest time in which a human has hurtled himself around the entire circumference of an athletics track, and the incredible van Niekerk was humble in victory, as always.
The last time a non-US athlete broke the men's 400m world record was in 1950, and the last time a South African held an athletics world record was in 1975.

Adding another one to the list, the last South African Olympic champion in the 400m was Bevill Rudd 96 years ago.
Click here for a photo gallery by Roger Sedres.
Read more on SuperSport.