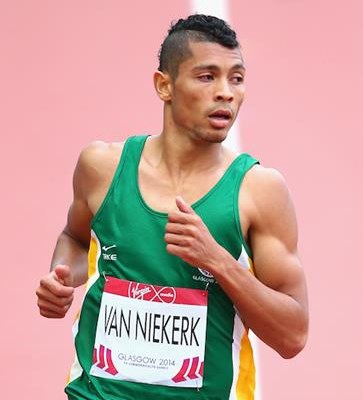 Van Niekerk clocked 44.11sec at the ASA Open Championships in Bloemfontein last month and is the fastest man in the field this season for the 400m race.

Van Niekerk will be joined by seven other South African athletes at the fifth leg of the topflight international track and field campaign.

Caster Semenya, the fastest woman in the world this year with a 1:56.64 season’s best, is the firm favourite for the women’s 800m race after winning the IAAF Diamond League contests in Doha and Rabat last month.