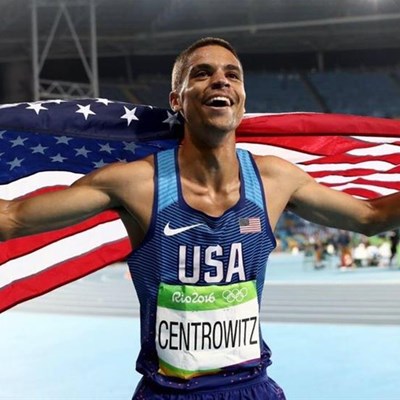 "Definitely enjoyed my off-season a little bit more after the Olympics but happy to get back out there racing," Centrowitz said. "I was pretty happy. Could have gone a little bit quicker. I was feeling it out until I made my move."

Stefanidi cleared 4.63m to win but an expected battle with 2012 Olympic champion Jenn Suhr never materialised after the American took one failed attempt at 4.53m and withdrew with muscle tightness.

"I just kept pushing to the line," said Aikines-Aryeetey. "I'm a strong guy, lot of muscles. I just thought, 'I've got to keep going to the finish.'"

Lapierre, a 33-year-old Mauritian-born former Commonwealth Games and world indoor champion, was level with Swede Michel Torneus at 7.80m but Lapierre's second-best effort of 7.75 broke the deadlock in his favour.

"Training has been great. Now it's all about confidence," Chelimo said. "I've got the confidence. I'm ready now. I'm learning every day. It's great."
Read more on SuperSport