PROPERTY NEWS - Figures just released by FNB confirm what astute observers have known for some time: luxury home prices are static or declining in many of South Africa's most sought-after suburbs and sellers are much more willing to negotiate.

This means now is the best time to buy in those areas.

That's the word from Rory O'Hagan, head of the Luxury Portfolio© division of the Chas Everitt International property group, who says there has been a surge in luxury home sales around the country recently - and that this upturn is likely to gain even further momentum now in the light of the positive investor response to President Ramaphosa's State of the Nation Address (Sona).

Similarly, he says, house prices in the Southern Suburbs, including areas like Constantia, Bishopscourt, Newlands and Claremont, are currently declining at the rate of 2,4% a year, after reaching a peak annual growth rate of 15,4% in 2015, and this sort of decline is a signal to savvy buyers that there is excellent value to be had in some of the city's most sought-after residential areas.

"Meanwhile we have seen many sellers in Johannesburg's top suburbs and luxury lifestyle estates all around the country reduce their asking prices in recent months.

O'Hagan says that, for luxury buyers planning to upgrade to a bigger property, this means that there is an opportunity now to acquire more home for their money than they might have expected. "On the other hand, those looking to downscale may be able to afford a more upmarket location now, or more luxurious finishes, while those who have been trying to break into the luxury sector may well find that they can actually afford to do so now."

Equity markets
The appetite for luxury property around the world - including South Africa - is currently also being boosted, he says, by volatility in equity markets, which traditionally prompts investors to turn to brick and mortar.

"Locally, it seems that there may be an interest rate cut in July which would further boost demand but as things stand, we are already seeing a positive response to the lower prices in many of our heritage suburbs, where our Luxury Portfolio© teams have sold more than R300-million worth of homes in the past few weeks," says O'Hagan.

"Sales have been more muted in the estates, but our teams report increasing interest and we believe they will shortly also start to show a significant upturn in sales, especially following the assurances given in the Sona that there will be no interference with the independence of the Reserve Bank and that land reform will take place in an orderly manner.

"Such estates are especially attractive to corporate and foreign investors, and through our affiliation to Leading Real Estate Companies of the World (LeadingRE) we are increasingly able to reach such buyers and also expose them to the exceptional lifestyle and luxury real estate value to be found in SA, in relation to the rest of the world, and in relation to earnings elsewhere."

"In short, there are some very exciting prospects for top-end South African real estate now, but as always in this sector, owners and sellers will get the most benefit if they work with a qualified and experienced estate agent offering personalised service to suit their individual circumstances." 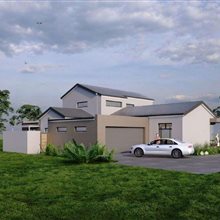 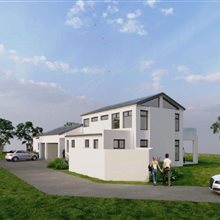