House buyers are staying twice as long in their homes

Trends indicate that the economy and house prices are flatlining, and are likely to stay that way for the remainder of this year.

PROPERTY NEWS - A decade ago, homeowners would flip their properties every seven or eight years. Now they are holding on for an average of 14 years.

Figures from Lightstone Property show the trend is the same for buyers of second, third and fourth residential properties. A decade ago, owners of second properties would hold on to them for about five years before flipping. Now it is close to 10 years.

It’s a sign of our fraught economic times. The property bubble of a decade ago is well and truly punctured, with diminishing prospects for speculators. The days of 15% to 20% annual house price increases are gone, forcing home buyers to play the long game.

These days average house prices are barely able to keep up with inflation.

FNB’s House Price Index has been skidding sideways at about 3.3% in recent months, unable to keep up with consumer inflation.

First-time buyers are staying longer in their homes because this is generally where they live. In the past, buyers would either sell their properties voluntarily or as a result of a foreclosure. But stats from Lightstone show the number of properties entering the sale in execution process (a legal process following default on mortgage loans) has dropped dramatically.

Paul-Roux de Kock, analytics director at Lightstone, says most mortgage loans issued in SA are for 20 years, though most of these are settled ahead of time. This much is known from an analysis of deeds data in recent years. Despite this, a growing number of homeowners are taking longer to settle their mortgage loans.

“It is important to note that in the majority of cases, the reason for early home loan settlement is associated with the sale of the property so it also provides a good proxy for how long people generally stay in their homes. As expected, the first property homeowners buy is more likely to be occupied by the owner as a primary residence and therefore less likely to be traded for investment activity.” 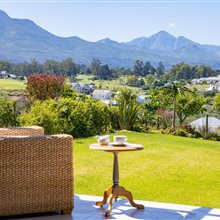