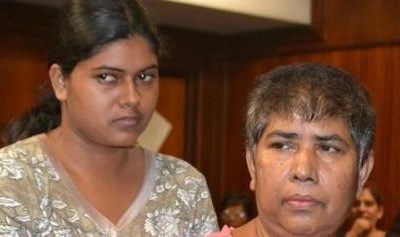 During their appearance, the court made allowance for Naicker to undergo mental observation at Fort Napier for the period of 30 days at the request of her legal counsel. Haripersadh, however, will not be undergoing mental observation, Phoenix Sun reported.
NATIONAL NEWS - Shahiel Sewpujun murder accused, Kavitha Naicker and her mother Rajwanthie Haripersadh, appeared again in the Verulam Magistrates’ Court yesterday.
Both were charged with the murder of their relative’s nine-year-old son, Shahiel Sewpujun, earlier this year. The duo are expected back in court on May 14.

At their last court appearance, four weeks were granted for the indictment to be finalised. Naicker and Rajwanthi were arrested after the Phoenix schoolboy’s battered and bruised body was found in a manhole four days after he was reported missing in February.

A postmortem report later showed the boy had been bludgeoned in the head with a blunt object.

Naicker was arrested a few days after the body was found, while Haripersadh was being treated in the Intensive Care Unit of Albert Luthuli Hospital following an alleged suicide attempt that happened a day before Sewpujan’s body was discovered.