Scientists launch fundraising for analysis of covid data in real-time

NATIONAL NEWS - KwaZulu Natal’s Research, Innovation and Sequencing Platform (KRISP) and the Big Data Flagship Program of the University of KwaZulu-Natal (UKZN) has a multi-disciplinary team of world-renowned experts which mainly focuses on analysis and control of viral outbreaks and genomic analysis.

They have produced five of the six COVID-19 viral genomes in the country, which clearly showed how the virus was introduced into South Africa.

“We are now working with the Department of Science and Innovation (DSI) and the South African Medical Research Council (SAMRC) to help them to map the epidemic in South Africa,” said Professor Tulio de Oliveira, director of KRISP.

KRISP has partnered with the Pro-Vice Chancellor of Big Data Analysis at UKZN, Prof. Francesco Petruccione, an A-rated scientist, to put together a team with more than 20 researchers, including computer scientists, mathematicians, statisticians, bioinformaticians, infectious diseases clinicians, theoretical physicists and quantum computing scientists to analyze the COVID-19 outbreak in South Africa.

“We have been reversing the brain drain and attracting top South African researchers back to the country and many top international researchers who left Oxford, Cambridge, London School of Hygiene and Tropical Medicine, Harvard, Stanford and the National Institute of Health (NIH) to come to do highly level research in South Africa, “ said De Oliveira.

“We have access to large computer clusters and state-of-the-art laboratories with DNA high-throughput sequencers and automated DNA extraction robotic equipment."

The scientists have established a fundraising campaign to raise funds that will enable the team of experts to continue their independent analysis of the data and to expand their ability to generate more of this vital information.

"There has been much interest in the gene-sequencing work we do. We think a campaign will highlight the level of expertise at KRISP and the opportunities for individuals and corporates to support this unprecedented scientific work in South Africa.

In addition, the aim of the campaign is to help us continue providing free, open and independent analytical services to the decision-makers guiding us through this pandemic.

“Our government has already used our results to show that South Africa is flattening the curve. Our graphs were featured by the Health Minister and the Chief Scientific Officer of South Africa’s COVID-19 response committee in their technical presentation to the nation last week." 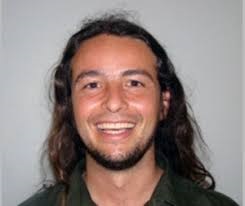 Prof. De Oliveira participated in large outbreak responses
* Prof. Tulio de Oliveira was trained at Oxford University and was a U.K. Royal Society Fellow at the Sanger Institute in Cambridge. He is currently a professor at the Nelson R Mandela School of Medicine at UKZN, an Associate Professor in the Department of Global Health at the University of Washington and the Director of the KZN Research Innovation and Sequencing Platform (KRISP).

Prof. Petruccione
* Prof. Francesco Petruccione was trained in theoretical physics at the University of Freiburg (Germany). He is currently the South African Research Chair in Quantum Information Processing and Communication and the interim Director of the National Institute for Theoretical and Computational Science. As Pro Vice-Chancellor Big Data and Informatics he coordinates the “big data” initiatives of the University of KwaZulu-Natal.