The hashtag seems to have gotten his attention as the presidency released a statement welcoming arrests.

NATIONAL NEWS - In the wake of this week’s headlines, South Africans seem to be craving the input of their president and they have taken to social media with a special hashtag in order to elicit a response from him.

For most of Tuesday morning, South Africans have been sharing their comments and questions for President Cyril Ramaphosa under the hashtag #DearMrPresident.

Their input is in relation to the rampant criminal anarchy that has been spreading across Gauteng under the guise of xenophobia as well as the cases such as the brutal murder of 19-year-old Uyinene Mrwetyana, the kidnapping of Amy-Lee de Jager, and the murder of Jesse Hess, among other cases, which are stark reminders of South Africa’s problem with femicide. 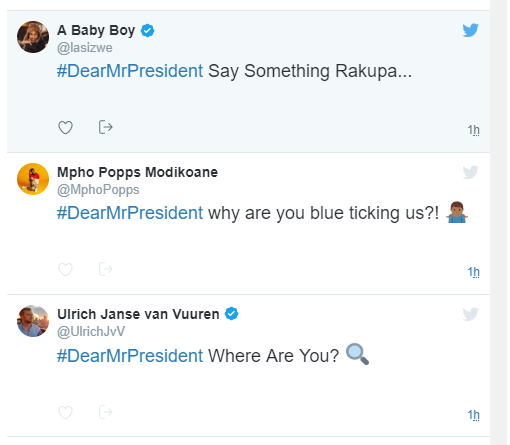 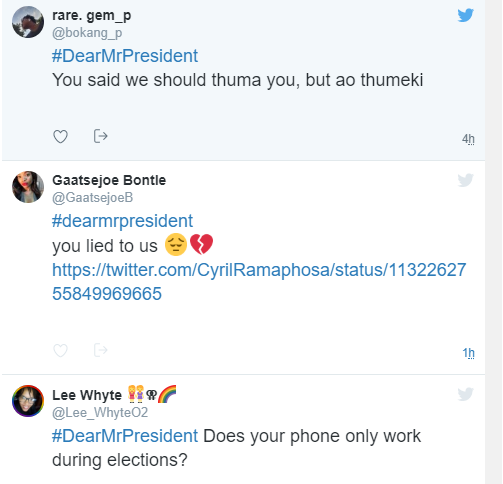 Their pleas seem to have worked as the presidency released a statement welcoming the arrest of Uyinene Mrwetyana and Leighandre Jegels’ murderers.

“President Cyril Ramaphosa has commended the country’s law enforcement authorities for their action which led to the arrests of two suspects linked to the brutal murders of University of Cape Town student Uyinene Mrwetyana and SA boxing champion Leighandre Jegels,” read part of the statement.

According to the presidency, these cases remind us that the women of South Africa are not safe, either in their homes or in the streets.

“This is a very dark period for us as a country. The assaults, rapes and murders of South African women are a stain on our national conscience,” said Ramaphosa.

“We have just commemorated Women’s Month. Sixty-three years after the women of 1956 marched for the right to live in freedom, women in this country live in fear – not of the apartheid police but of their brothers, sons, fathers and uncles. We should all hang our heads in shame,” he added.

Ramaphosa will reportedly be meeting with the leadership of the police on Tuesday afternoon to be briefed on, amongst others, steps being undertaken to stem the tide of gender-based violence in the country.