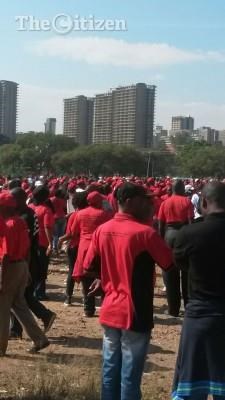 Talks aimed at reaching an agreement between the public servants and the employer (government) have failed to yield positive results for months now.


Labour us demanding a 10 per cent wage increase as well as R1500 for housing allowance while the employer’s offer stands at 5.8 per cent and R1100 for housing allowance.
Watch a video below.
Today’s march according to Cosatu leaders will seek to get fresh mandates from unionised public servants on what the way forward should be.

Conciliation efforts have also been going on this week.

Article by Caxton publication, The Citizen.