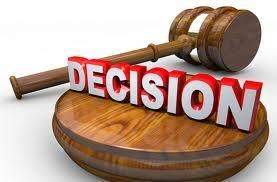 In a majority judgment, written by Justice Edwin Cameron, the court found that Numsa had not complied with a Labour Relations Act requirement that a dispute must be referred to conciliation before being adjudicated in the Labour Court.

"The Constitutional Court... rejected Numsa's arguments and dismissed the appeal."

The National Union of Metalworkers of SA (Numsa) was representing 204 employees dismissed from the Pretoria Works industrial site in Pretoria West, and the court's decision means they are still without jobs.

The industrial site premises is shared by a number of engineering companies, including Steinmuller Africa, Intervalve, and BHR Piping Systems, which build parts of power plants.

Numsa referred an unfair dismissal dispute to the bargaining council, but cited only Steinmuller at the conciliation meeting.

Steinmuller argued that it did not employ all the dismissed employees.

Numsa referred the dispute to the bargaining council for a second time, this time citing all three companies.

It also filed a statement of claim with the Labour Court based on the first referral, but only seven months later applied to join the other two companies.

The court permitted the joinder, even though the other companies had not been referred to the bargaining council, and found that the companies overlapped in significant ways.

However, the Labour Appeal Court disagreed and overturned the decision because Numsa had not referred the dispute to conciliation.

Numsa approached the Constitutional Court to overturn this judgment.

However, the Constitutional Court ruled on Friday that the close association between the companies, and the fact that Intervalve and BHR knew about the referral citing Steinmuller, were not sufficient.

"The purpose of the statutory provision is to put each employer party individually on notice that it may be liable to adverse legal consequences if the dispute involving it is not effectively conciliated," it found.