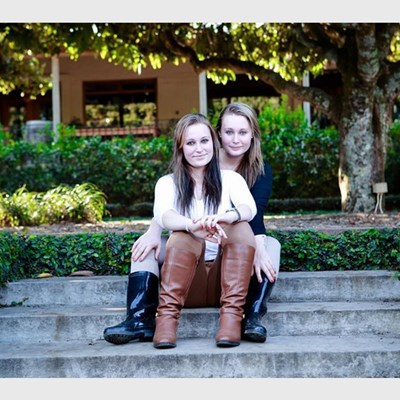 Chantelle (front) with her twin sister, Chanelle Otto.
NATIONAL NEWS - A 20-year-old woman lost her twin sister due to meningitis after her mom had to do the almost unimaginable: to give consent that the machines that were keeping Chanelle Otto alive, be switched off.

Chanelle, twin sister of Chantelle, sister of Geraldine and daughter of Annthea and Boet Otto, contracted meningitis due to otitis media at the end of August and sadly passed away last week.

Messages of condolences have been streaming in on social platforms, bidding farewell to this kind and caring young woman with a golden heart and a passion for life. Chanelle continuously complained about a sharp pain in her ear. At first, she was treated for otitis externa (ear-canal infection) which later became otitis media (middle-ear infection).

Her condition deteriorated and took its first turn for the worse on August 24, when she could not remember how she got home. Annthea became increasingly concerned and after her daughter fainted in the bathroom the following morning, she was rushed to Kiaat Hospital.

“She was very confused and could hardly recognise us,” the heartbroken mother recalled.
Read more on the Caxton publication, White River Post.