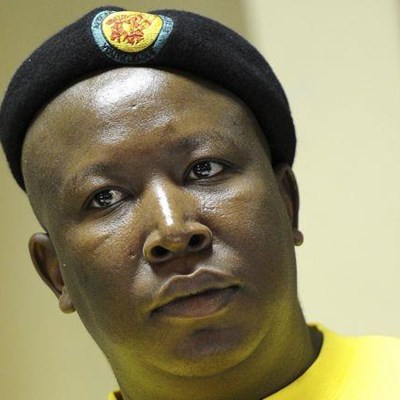 Julius Malema
NATIONAL NEWS - Economic Freedom Fighters leader Julius Malema stood to attention as he was called up to be sworn in as a first-time MP on Wednesday.

Malema and other male EFF MPs, dressed in red overalls, removed their matching hard hats before taking the oath.

Women EFF MPs, dressed as cleaners, kept their headscarves on as they mouthed the oath.

Zuma will remain an MP for only a few hours before being formally elected president for a second term by members of the National Assembly.