They had very strict training where fitness was of a very high standard.

NATIONAL NEWS - Over 100 highly skilled Working on Fire (WOF) firefighters from various teams across the country have descended on the Western Cape to assist during this year’s fire season.

The team of firefighters, known as the Hotshot team, was recruited from the normal pool of WOF firefighters under strict selection criteria that required above average fitness.

According to WOF the firefighters have received high-level specialised training of international standards. Their training included fireline safety and the initial attack of big fires – a dangerous task.

“They had very strict training where fitness was of a very high standard, we also used the highest international standard to train them on various aspects of firefighting and fire line safety,” says WOF’s National Ground Operation head, Martin Bolton.

Forty-five members of the team are based at the Newlands base, 24 in Vrolijkheid and another 45 in George at Witfontein. The teams are an added resource to beef up summer fire season resources by WOF.

Bolton said the team will be in the province from December until the end of March. Since their arrival, they have been dispatched to two fires, one in Groenriver and the other Hotshot crew was deployed to the Rockland farm fire to assist the Table Mountain National Park in suppressing a big fire over the weekend where five aerial support aircraft were also deployed to assist. 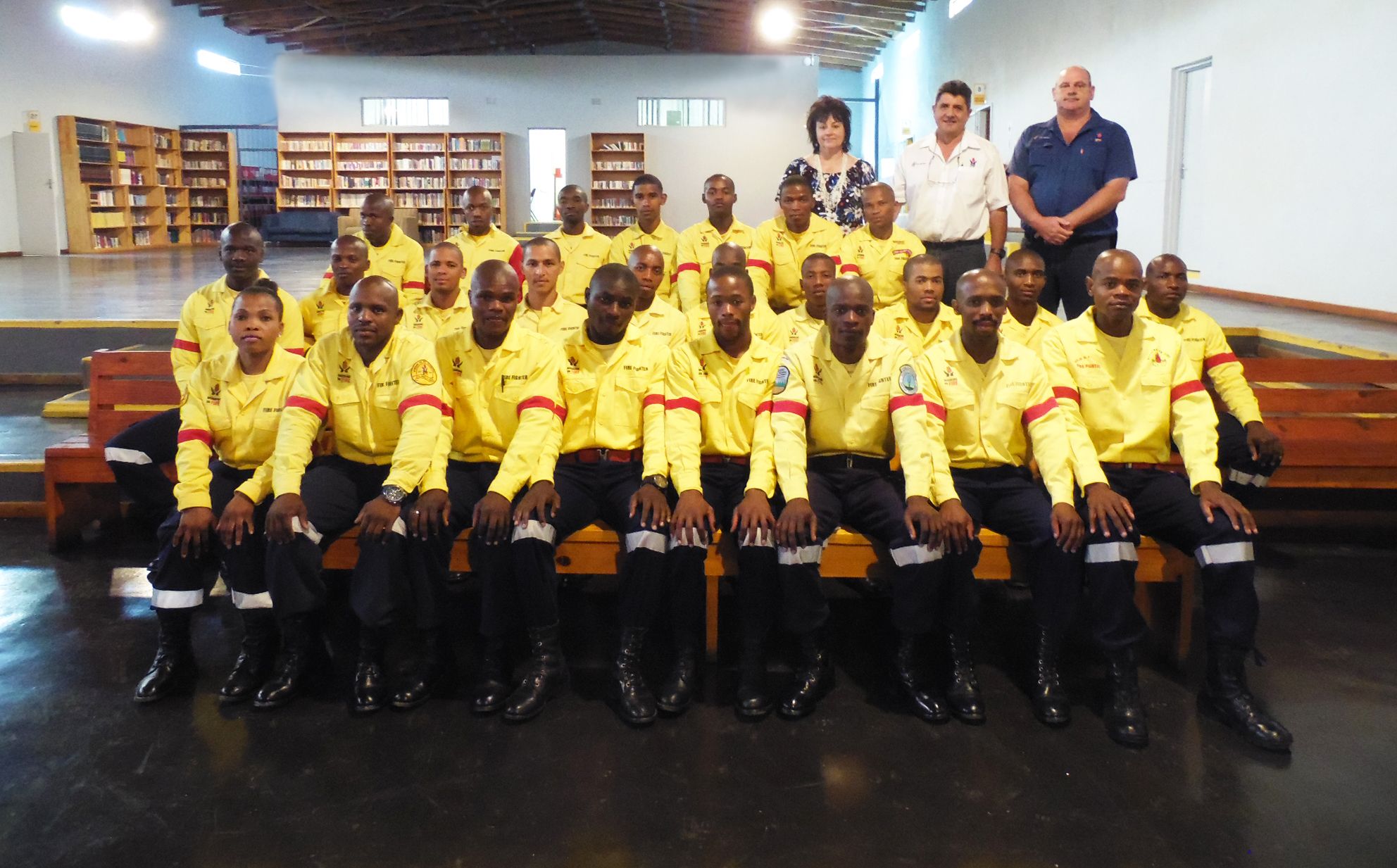 Forty-five members of the team are based at the Newlands base, 24 in Vrolijkheid and another 45 in George at Witfontein.