Family unable to identify body as their missing daughter 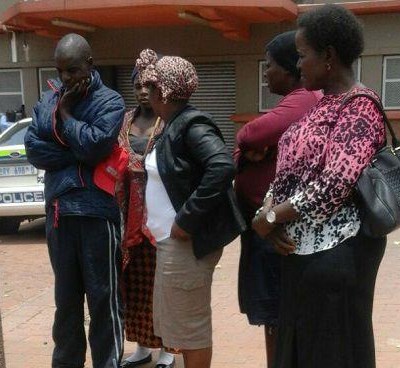 The family of Everite Chauke who went missing during flash floods in Alexandre two weeks ago Picture: Supplied
NATIONAL NEWS - The family of a three-year-old toddler who went missing during flash floods two weeks ago were unable to identity a body of a toddler found on Tuesday as their daughter due to its badly decomposed state.

Everite Chauke was swept away by the Jukskei River when she slipped from her father Shadrick’s grip after a tree he had been holding onto for refuge from the torrential waters broke.

Her father Shadrick arrived at the Hillbrow Government Mortuary on Wednesday morning to identify a body found next to the river on Tuesday afternoon but was unable to do due to its badly decomposed state.

Police spokesman Kay Makhubele said DNA samples from the body and the father were taken to a laboratory to determine if they are a match.

“The parents could not be allowed to see the baby the way it is. What happened is that all the swabs were taken and are now taken to forensics‚” Makhubele said.

The family left the mortuary in a sombre mood with the father evading the media.

Makhubele said the family was prepared at a counselling session on Tuesday to expect anything.
Read more on The Herald.