He will approach the high court to try prove that the implementation of the report’s remedial action would cause him ‘irreparable harm’. 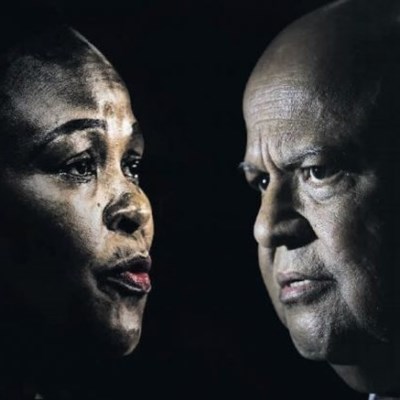 NATIONAL NEWS - Minister of Public Enterprises Pravin Gordhan will be approaching the High Court in Pretoria on Tuesday, where he will seek to urgently interdict the enforcement of Public Protector Busisiwe Mkhwebane’s remedial action against him.

Gordhan will argue that if he does not obtain an interdict, he will be subject to disciplinary action as well as a criminal investigation based on a report he sees as unlawful.

This action is mapped out in the public protector’s recently-released report, which found that Gordhan had violated the constitution through his involvement in the so-called Sars “rogue unit”, as well as by misleading parliament and the Zondo commission of inquiry into state capture about meetings with the controversial Gupta family.

His application for an interdict will be opposed not only by the public protector herself but by the Economic Freedom Fighters (EFF). Mkhwebane’s report resulted from a complaint laid by EFF deputy president Floyd Shivambu.
Gordhan’s legal challenge of the report will take place in two stages.

The first, being heard today, will look at whether or not Gordhan can be granted an interdict. To do this, he must prove that the implementation of the proposed remedial action would cause him irreparable harm.

The second is a review application which would look at the actual merits of Mkhwebane’s report in an attempt to overturn it.

Gordhan will argue on Tuesday that the findings against him by the public protector are incorrect and have had both a personal and political impact on him.

He believes the report has had a negative effect on his reputation and standing as a minister.

Mkhwebane’s report sees her ordering President Cyril Ramaphosa, the National Prosecuting Authority (NPA), the national police commissioner, the speaker of the National Assembly, and the minister of state security to apply the various remedial actions stipulated in the report.

These include the president taking “appropriate disciplinary action” against Gordhan; parliamentary speaker Thandi Modise hauling Gordhan in front of the Joint Committee on Ethics and Members’ Interests; the NPA finalising the court process relating to its investigation into the “rogue unit”; and police commissioner Khehla Sithole investigating Gordhan’s “criminal conduct”.

She also recommended that Police Minister Bheki Cele investigate criminality on the part of Gordhan and others involved in the intelligence unit.

The president is expected to act against Gordhan in 30 days.