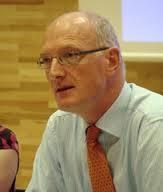 "Despite spending massive resources on our education system, we continue to deprive learners of the sort of truly enriching educational opportunities, with compassionate and well-trained teachers," he told a gathering at the University of Johannesburg looking at universities and the Constitution.

"Notwithstanding the fine language in the Bill of Rights guaranteeing the right to education, the state of many of our schools is truly appalling."

"We can take no comfort whatsoever in what public schooling offers most of our children after 20 years. And it is obvious that without adequate secondary schooling, our tertiary institutions and the academic freedoms they must exploit and nourish suffer directly," he said.

Cameron however highlighted that the problems were rooted deeply in the country's past.

He said most of the devastating aspects of apartheid played out in schools and universities, which led to the majority being deprived of proper education.

He said segregated schools deprived the majority of South Africans of educational advancements for generations.

"The inequality was written into law and enforced by the official organs of state. This particular history, though not unique to South Africa, informed our constitutional process and values," he said.

"The Constitution committed South Africans to transformation: to an educational system that would promote dignity for all, to substantiate forms of equality, and indeed to a new way of mediating power between institutions and those subject to them," he added.