Court to rule on doctors in Moon trial 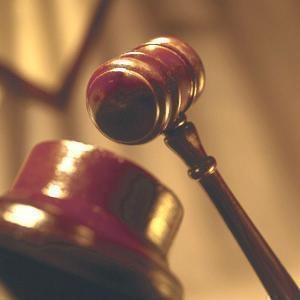 NATIONAL NEWS - The Randburg Magistrate's Court will rule on Friday whether two medical doctors may testify in the murder trial of soccer player Bryce Moon.

They examined Moon at the Morningside Clinic shortly after the accident.

Sangham said Moon had not been charged with any crimes and was not an accused at the time he was examined.

"The accused, a private patient, paid for the medical treatment before he was attended to and he also paid for all his medical expenses himself."

Moon is charged with murder and drunken driving after allegedly hitting Mavis Ncube with his Mercedes-Benz in Sandhurst, Johannesburg, on June 30, 2009. She later died in hospital from head injuries.

Sangham said Moon's right to privacy and his doctor-patient confidentiality would be violated if the two doctors testified.

However, prosecutor Rodger Mareume said their testimony would benefit the State and the defence. It would also assist the court in dealing with the matter.

The court heard earlier on Thursday that Moon was the driver and owner of the Mercedes-Benz which hit and killed Ncube.

This emerged from vehicle information on the e-Natis system and statements obtained from passengers of the vehicle, investigating officer Captain Tshilisi Kalushi testified.

Cross-examining him, Sangham said information obtained from the e-Natis system proved only in whose name the vehicle was registered, and not the owner and driver.

Sangham said the first statements obtained from the passengers were taken a month after the charges against Moon were withdrawn on April 15, 2010.

Sangham asked: "How is it possible that you charged the accused in the first place if you had no proof that he was indeed the driver?"

Kalushi said the charges were based on statements obtained by metro police officers who were on the scene, and vehicle information obtained from the e-Natis system.

Read more about: Court to rule on doctors in Moon trial