Could Magashule be the next president of the ANC?

He was in Nkomazi to campaign for the ANC ward councillor candidate, Thandeka Mkhathswa, for the December 9 by-election.

NATIONAL NEWS - This is a question on ANC members’ lips, especially in Nkomazi, Mpumalanga. This after ANC secretary-general Ace Magashule won the hearts and support of thousands of party members in this subregion during his visit on Saturday.

Oozing charisma and charm, the secretary general told party members and supporters to always put the organisation first and to refrain from worshipping individuals.

“You must know your worth. You are the most special people because you always vote the ANC into power. We must follow and support the party. We must refrain from the culture of following leaders.

“Don’t praise leaders when they are still alive, rather praise Mandela, Tambo, Luthuli and Hani because they died in the ANC. When you name schools and places of importance, don’t name them after living leaders because you never know when they may change,” said Magashule.

He was in Nkomazi to campaign for the ANC ward councillor candidate, Thandeka Mkhathswa, for the December 9 by-election.

Knowing just what to say and when to say it, Magushule told the crowd that he has instructed the Nkomazi mayor, Cllr Johan Mkhatshwa, to give young people land and to create economic opportunities for them.

“I have just told the mayor to give our people land. Give youngsters land, bring them together and help them form cooperatives, because we want them to be rich in this lifetime.

If you don’t do this, mayor, in your term, and with only nine months left, you would have failed our young people. And when you do this don’t just give them land, empower them with implements so that they can work it.” 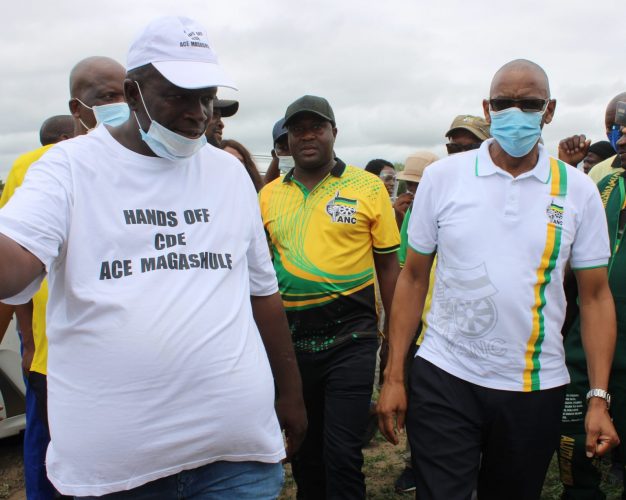