Researchers forsee an additional 50 percent increase in drinkers in India by 2030.

NATIONAL NEWS - The world consumed ten percent more alcohol per adult in 2017 than in 1990, due in large part to heavier and more widespread drinking in China and India, researchers said Wednesday.

On current trends, global consumption per capita will rise another 17 percent over the next decade, they reported in The Lancet.

By 2030 half of all adults worldwide will drink alcohol, and almost a quarter will binge drink at least once a month, according to projections covering 189 countries.

"The world is not on track to achieve global targets to reduce harmful alcohol use," the authors said, calling for more aggressive counter-measures such as higher taxes and a ban on advertising.

The World Health Organization (WHO) goal is to reduce "harmful alcohol use" 10 percent by 2025.

Alcohol is linked to over 200 diseases and accounts for more than three million deaths - 75 percent of them men - each year, the WHO has said. 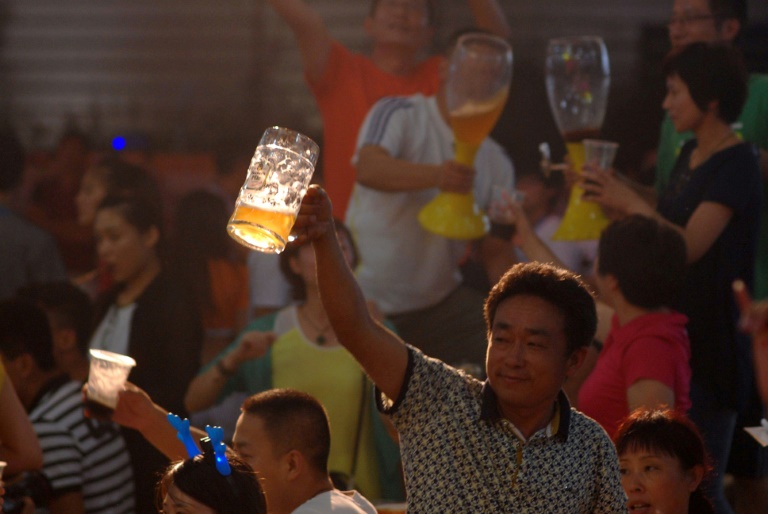 In China, men drank more than 11 litres of alcohol, mostly in the form of spirits and beer, while women imbibed three, for an average of just over 7 litres.Globally, some 237 million men and 46 million women suffer from alcohol-related disorders, with the highest rates in Europe (15 and 3.5 percent, respectively, for men and women) and North America (11.5 and 5 percent).

"Before 1990, most alcohol was consumed in high-income countries, with the highest use levels recorded in Europe," said lead author Jakob Manthey, a researcher at the Institute of Clinical Psychology and Psychotherapy in Dresden, Germany.

"However, this pattern has changed substantially, with large reductions across Eastern Europe and vast increases in several middle-income countries such as China, India, and Vietnam."

While the broad trend lines are clear, they have yet to intersect.

In 2017 a higher percentage of adults 15 and older in Europe and North America still consumed alcohol - and more of it - than in other parts of the world.

In France, for example, men drank the equivalent of 19 litres of pure alcohol, and women just under six, for a combined average of just over 12 litres. 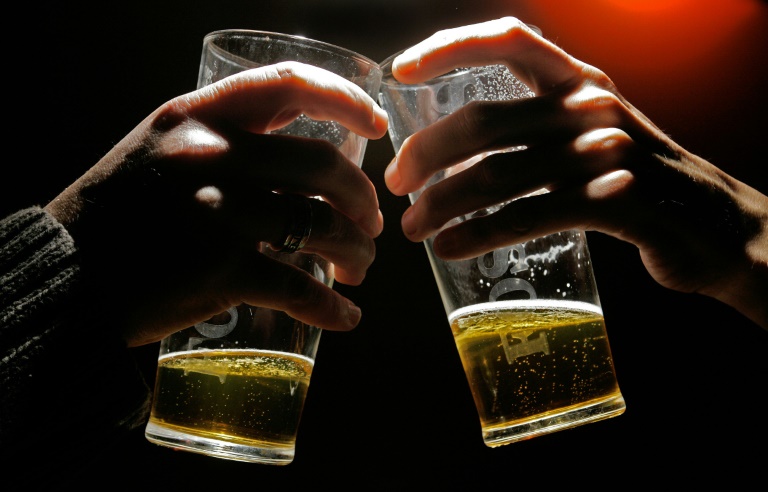 The 2017 figures for the United States were somewhat lower - 15 and 4.5 litres for men and women, respectively, averaging just under 10 - with slightly higher percentages of teetotallers.

In China, men drank more than 11 litres of alcohol, mostly in the form of spirits and beer, while women imbibed three, for an average of just over 7 litres.

That was less than in the United States, but a nearly 70 percent jump from China's consumption in 1990.

By 2030, the two countries will have traded places: Chinese adults are projected to drink more than 10 litres on average, while American consumption of alcohol will drop slightly to 9.5 litres.

The percentage of the population who drink will have also shifted in a decade, with 77 percent in China consuming alcohol at least once in a while, and 73 percent in the United States.

In India, meanwhile, a far smaller percentage of the population - 40 and 22 percent of men and women, respectively - drank at all in 2017, on average less than six litres of pure alcohol.

But that was double the figure for 1990, and the researchers forsee an additional 50 percent increase by 2030. 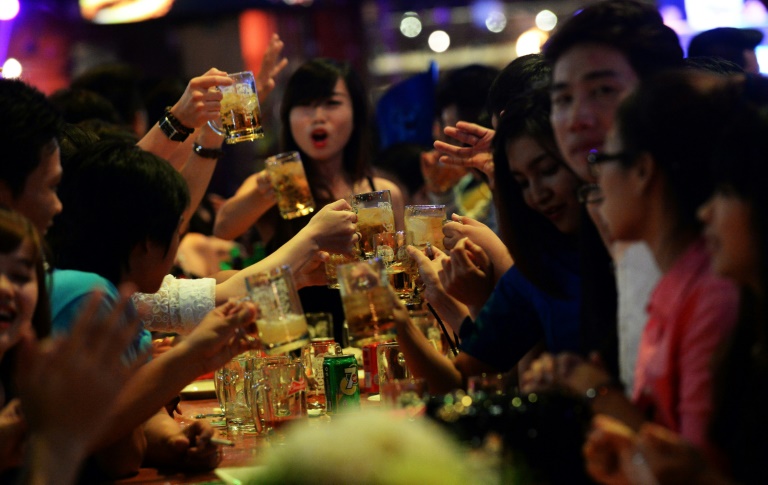 Worldwide, 45 percent of recorded booze consumption is in the form of spirits such as grain alcohol. Another 15 percent is beer, and 12 percent is wine.By region, the lowest alcohol intakes in 2017 were in North Africa and the Middle East, typically less than one litre per adult per year.

The highest were in central and eastern European countries, with several averaging more than 12 litres per adult per year.

Moldova had the dubious distinction of ranking number one, with more than 15 litres consumed, while Russia, France and Portugal - at 12 litres each - were not too far behind.

Globally, alcohol intake went up from 5.9 litres of pure alcohol per adult in 1990 to 6.5 litres in 1997, and is projected to jump to 7.6 litres in 2030. Worldwide, 45 percent of recorded booze consumption is in the form of spirits such as grain alcohol. Another 15 percent is beer, and 12 percent is wine.

More than a quarter of alcohol-related deaths in 2016 were due to accidents, violence and self-harm; a fifth due to digestive problems; and a fifth to heart-and-artery disease.