'Blackface students' kicked out of residence 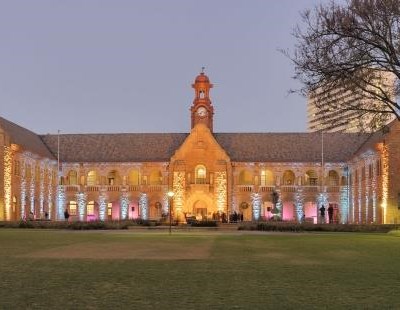 "They were expelled from the residence but not from university," UP spokeswoman Nicolize Mulder said.

They are accused of bringing the name of the university into disrepute.

The students' actions were considered racist by many people who had commented on social networks with the hashtag #blackface.

"This is pending further investigation and the disciplinary process," she said.

The two female students could still attend classes as "due process" needed to be followed.

Mulder declined to provide information on what the two students were studying, or their ages.

The picture shows the pair in domestic worker outfits with black paint smeared on their faces and arms. They pose with headscarves and padded bottoms. The picture was also published in various newspapers this week.

Mulder said the picture was taken at a private 21st birthday party but because they were students at the institution an investigation was launched.

She said the university would not tolerate any form of discrimination or racist behaviour by any of its staff or students.

"The behaviour by the students in the photograph is completely unacceptable," Mulder said on Wednesday.

The SA Students Congress (Sasco) said it felt particularly angered by the picture and accused white people and the university of teaching its youth to disrespect black people.

"It is clear to us that the white community assisted by institutions of white privilege, like UP, are teaching white youth to disrespect and poke fun at black suffering," Sasco president Ntuthuko Makhombothi said on Wednesday.

"We have absolutely no confidence in the supposed disciplinary action the university seeks to institute against their precious white students,"

Makhombothi said the picture was distasteful and "racist to the extreme."

He said the continued existence of "institutions of white privilege" was an untenable "crisis", and that the patience of black people in South Africa was "quickly diminishing".

"Black students will not fold their arms as their suffering and that of their parents is made fun of. The dignity of Africans cannot be trampled on without consequences to the perpetrators."