On Saturday, South Africa had 240 confirmed cases of Covid-19, an increase of 38 from Friday’s announcement.

The Eastern Cape also recorded its first confirmed case over the weekend.

Ramaphosa was expected to be the one to make the announcement of the latest figures on Sunday but Minister in the Presidency Jackson Mthembu announced that due to the magnitude and complexity of the issues Ramaphosa was dealing with, he would only communicate the outcomes and decisions of government on further measures being taken to combat the spread of Covid-19 on Monday.

Many have expected an escalation of limits on movement, with the army also being deployed.

Presidency spokesperson Khusela Diko said people should not fall for any fake news overnight. “There will be no statements from the presidency tonight. Do not believe fake statements.” She said an alleged government department memo doing the rounds about education was indeed fake.

Ramaphosa dedicated his Sunday to key engagements around the national state of disaster occasioned by the outbreak of the coronavirus, beginning with a consultation with business and political leaders at the Union Buildings.

Mthembu said the president went into a National Command Council meeting to deliberate on what his next decisions would be, which would be conveyed in a speech to the nation later. He said the president now needed to “cover all the bases” and had not had enough time.

“If his meeting concluded at midnight, I don’t think it would be fair to let the president address the nation when people are sleeping.”

On the outlook for the period ahead, the council would consider whether the measures currently in place to contain the spread of the virus were sufficient and what further measures might be required.

On Sunday, the Presidency also welcomed the announcement by Rev Kenneth Meshoe, the leader of the African Christian Democratic Party, that he has been tested for the coronavirus, which causes Covid-19.

Ramaphosa’s spokesperson, Khusela Diko, said Meshoe was among the leaders of political parties represented in Parliament who met President Ramaphosa in Cape Town on Tuesday.

Meshoe would therefore also have been with the leaders of other major parties, including the EFF’s Julius Malema and interim DA leader John Steenhuisen.

“Rev Meshoe has since confirmed publicly that in the days before the meeting with the president and therefore before the prohibition of public gatherings numbering more than 100 people, he had participated in a religious gathering in the Free State where five international guests subsequently tested positive for the virus.”

Health Minister Zweli Mkhize revealed this week that five travellers – two from Texas, two from Israel and one from France – entered the country between 9 and 11 March to participate in a church gathering.

“They subsequently developed symptoms and were thereafter quarantined in their rooms at the bed and breakfast they were residing in. Since then they have remained quarantined in that B&B and the staff that come into contact with the patients have also been quarantined within the B&B.”

Diko said Meshoe had thus far been asymptomatic since his participation in that gathering of about 200 people. He, however, announced on social media on Sunday that he had been tested.

Meshoe wrote: “Even though I have no symptoms of #Covid_19SA, I decided to be tested this afternoon. The officials that came were very professional & respectful. After the testing one of them said, “you don’t look like you have the virus, you look strong & healthy for your age.”

The Presidency welcomed Meshoe’s adherence to the testing protocol and wished him well as he awaited his results.

“The president himself is in good health and is observing the announced protocols as stringently as he can while performing his duties.

“At this point in time there is no cause for concern about the president’s health or reason for the president to be tested. To the best of the president’s knowledge, no person with whom he has recently had contact – including Rev Meshoe – has symptoms of or tested positive for the virus.” 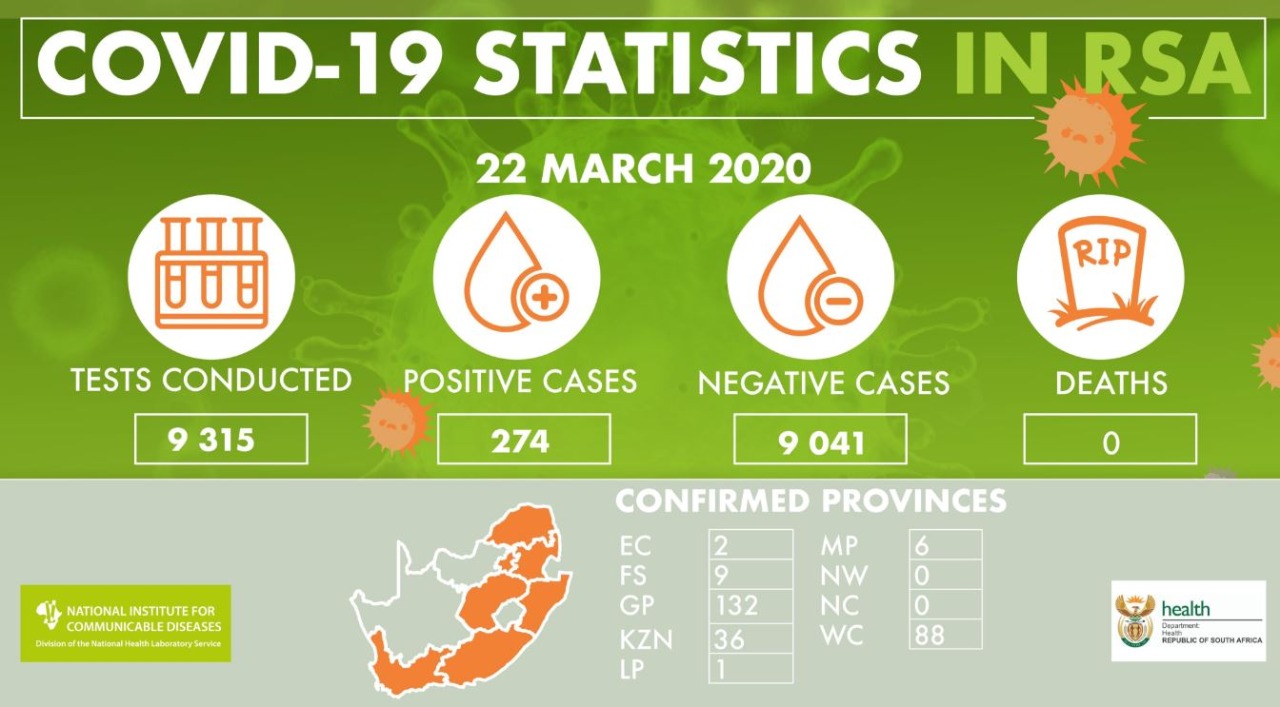