The Toyota Hilux is a local favourite, it is South Africa’s best-selling vehicle in fact, so when a special edition version is released, local Hilux fans flock to dealerships to grab their piece of the limited edition pie. 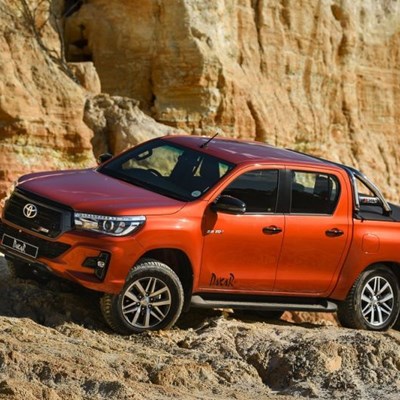 Back in 2013, the Japanese brand decided to release a limited edition version of the Hilux called the Dakar, which was produced to celebrate the brand’s local involvement in one of the world’s most prestigious motorsport events, the Dakar Rally.

Now in 2018, on the back of two podium finishes this past year and with aspirations of a victory in 2019 along with consumer demand, the Dakar edition is back and this time it’s based on the current Hilux Raider double and Xtra cab variants,

Aside from sporting the Dakar logo on the front grille, on the load bay’s styling bar, front doors and on the rear tailgate, the Dakar Edition gets other cosmetic niceties. Expect a revised front-end with a squared-off honeycomb grille, new LED headlamps, a revised lower bumper with C-shaped fog lamps and gloss black door handles. At the rear, the bumper is now finished in grey. 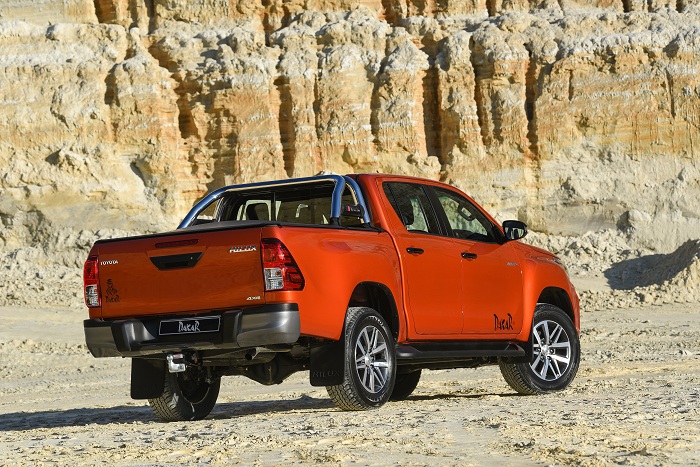 Inside, very little has changed apart from a new black headliner, a revised instrument cluster finished in white instead of blue, while on the infotainment front, the car now comes with satellite navigation as standard. The Dakar versions are also only available in four colours, an all-new Inferno Orange Metallic, Glacier White, Chromium Silver and Graphite Grey Metallic.

The same mechanicals prevail in the Dakar range, with the 2.8-litre GD-6 turbodiesel doing duty in both manual and automatic guises. The manual version gets the same 130kW/420Nm while the automatic gains 30Nm for an output of 130kW/450Nm. There’s also the familiar 4.0-litre V6 with 175kW/376Nm which is only available as an automatic. 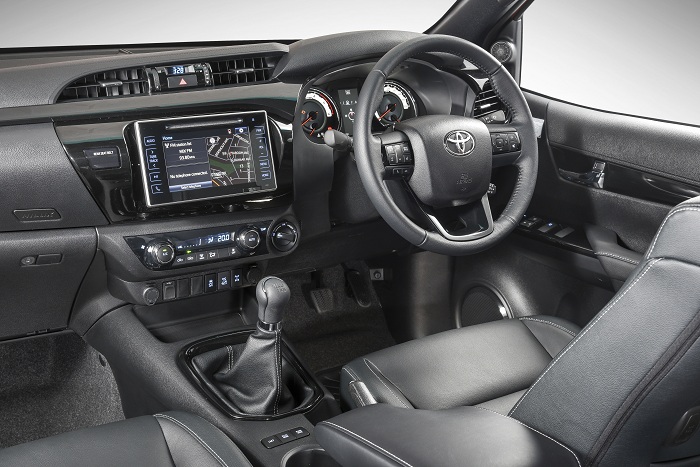 At launch the only variants on offer were of the 2.8 GD-6 manual 4x4 persuasions. I headed off to the Northern Cape, jetting in to Upington and then driving the bakkies to the Toyota Gazoo Racing Team’s testing facility at the Goerapan Lodge, some 100km outside of town.

Apart from going on a rather thrilling joyride with the talented Giniel de Villiers in his racing machine, I also had a chance to drive the road-going Hilux Dakar through a rather challenging off-road course. The open-road cruise to Goerapan and the off-road excursion served as a reminder that the Hilux remains a capable and relatively refined bakkie.

There are some 6 000 Hilux Dakar models being built, just 1 000 of those will be Xtra cab models and the remainder a mix of double cab models. As with the previous Dakar Edition, I’d expect the demand for this model to be high, with all of the units finding homes within a reasonable time frame.