Toyota South Africa Motors (TSAM) has announced that it will offer a free three year / 60 000 km service plan on all Quantum Ses'fikile taxis sold from August first this year. 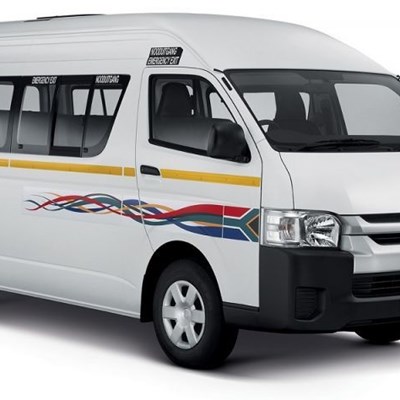 Part of its programme to ensure safety in the taxi industry, the complimentary service plan, according to Toyota, will not only consist of the fitment of Genuine Toyota parts for the first 60 000 km, but also include free safety inspections to taxi owners and operators.

"The complimentary service plan will give all taxi owners and operators the opportunity to keep their vehicles in perfect running condition for longer and will support their efforts to operate profitable and sustainable businesses," TSAM President and CEO Andrew Kirby said in a statement.

The automaker also stated that has implemented a number of steps to keep costs of the Ses'fikile down despite the worsening Rand/Yen exchange rate, and that a total of R550-million has so far been invested in Quantum production at its Prospecton Plant in Durban. It however stated that an additional R11-million will be made available into skilling staff specifically at the Quantum plant.

In May, numerous taxi drivers blockaded roads around Prospecton in protest against the alleged prices of Quantums, which according to the South African National Taxi Council (Santaco) increased from R220 000 when it was fully imported in 2007, to R450 000 at local production prices. It also claimed that the price for a single Quantum, including its deposit, interest rate, instalments and insurance, worked out at over R1-million.

A subsequent protest the following month caused wide-scale disruptions between Pretoria and Johannesburg, as taxi drivers blocked major routes and highways between the capital and the country's economic hub. Another protest scheduled for July 12th was called off following the intervention of Transport Minister Joe Maswanganyi.